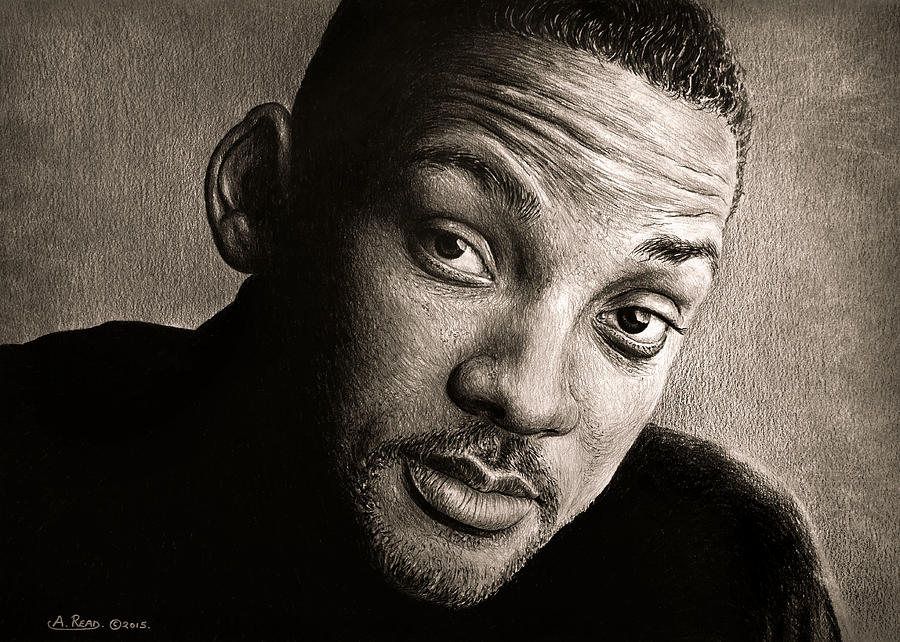 Will Smith is a pencil drawing by Andrew Read.

Willard Carroll Smith Jr. is an American actor, rapper and media personality. In April 2007, Newsweek called him "the most powerful actor in Hollywood". Smith has been nominated for five Golden Globe Awards and two Academy Awards, and has won four Grammy Awards.