When A Woman Dreams 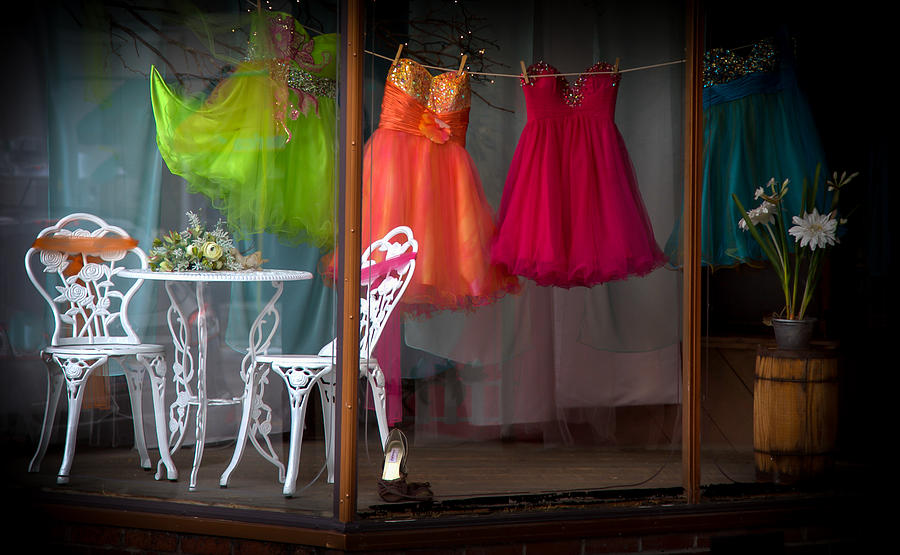 When A Woman Dreams

"WHEN a WOMAN DREAMS" by KAREN WILES
****FIVE TIME AWARD WINNER****
The stage is set and even though the actors are missing, the whimsical aura of characters can be seen and heard in this vintage style imagery found on West King Street in Boone, North Carolina. The image was photographed outside the shopping windows of "Did Someone Say Party?". Wiles was able to capture the ambience one would find in a small town window and brought this magical image to life in "When a Woman Dreams..." A colorful and romantic fantasy of the imagination offering the viewer a sense of mystery, desire and anticipation of what may come, "When a Woman Dreams!"
SILVER ARTS SECOND PLACE AWARD WINNER FOR THE STATE OF NORTH CAROLINA!!!
SILVER ARTS FIRST PLACE AWARD WILMINGTON May, 2017 "WHEN A WOMAN DREAMS"
"WHEN a WOMAN DREAMS" won "Best in Category" at the Landfall Foundation Art Exhibition in August,.in Wilmington, North Carolina.
"When a Woman Dreams" also won an award in the South Carolina Waccamaw Arts & Crafts Guild Awards Ceremony.
Also awarded Gold Ribbon for Best in Category Division by the Cape Fear Camera Club of Wilmington, North Carolina in December.
This is Wiles fourth juried Art Award Won for "When a Woman Dreams..."
See more of Wiles' artworks at karen-wiles.pixels.com

CONGRATULATIONS AND THANK YOU TO THE BUYER FROM VALRICO, FLORIDA!!! I HOPE YOU ENJOY "WHEN A WOMAN DREAMS" FOR MANY, MANY YEARS TO COME!!!

Love it. What gorgeous colors and such a creative work. lf

Beautiful work, Karen! Your collection is a treat - I could browse through it all day!

What a lovely image!

Congratulations on your 2d place win in the Feminine contest! VLF

I love this image! Congratulations on your win! f/v

What a lovely image l/f/tw

Love this! Congrats on your sale!

Good to have you here, my name is Eric Morgan, please am not always chance here for chat due to my office work, please write me through my email address (em382653@gmail.com) lets discus something important and get to know each other better. i wait for you, Please contact me directly. OK? God bless you and your family as you get back to me... Eric

CONGRATULATIONS AND THANK YOU TO THE BUYER FROM SALEM, VIRGINIA!!! I HOPE YOU ENJOY “WHEN A WOMAN DREAMS” FOR MANY, MANY YEARS TO COME!!!

CONGRATULATIONS AND THANK YOU TO THE BUYER FROM BRISTOL, VIRGINIA!!! I HOPE YOU ENJOY “WHEN A WOMAN DREAMS” FOR MANY MANY YEARS TO COME!!!

CONGRATULATIONS AND THANK YOU TO THE BUYER FROM HOLLY RIDGE, NORTH CAROLINA!!! I HOPE YOU ENJOY "WHEN A WOMAN DREAMS" FOR MANY, MANY YEARS TO COME!!!

Love this gorgeous work of art and the perfect title,Karen !!!! (F/L)

What a lovely image full of color...Beautiful all the way around...L/F

Love this and the title. Excellent.

Karen, years ago, thatwas my most favortie of yours... today, it's still a huge favorite and moving me as much! Wonderful art!

What a great image, title and story, loved by many! LF

Thank you so much Viktor!!!

Thank you Pavel for choosing as your favorite!

Exceptional, so close to the heart of a woman!

Thank you Denise for your kind compliments on "When a Woman Dreams!"

Thank you Gina for choosing as your favorite!

What fun! What's not to love in this playful, dreamy image. Well done!

Thank you Jennifer for choosing as your favorite!

Thank you so much Tim!

Awesome image, one of my favorites. You are truly talented. Congratulations on placing silver in the NC SilverArts state competition.

Thank you Elaine for choosing as your favorite!

CONGRATULATIONS AND THANK YOU TO THE BUYER FROM SURF CITY, NORTH CAROLINA!!! I HOPE YOU ENJOY "WHEN A WOMAN DREAMS" FOR MANY, MANY YEARS TO COME!!!