What A Beautiful Morning 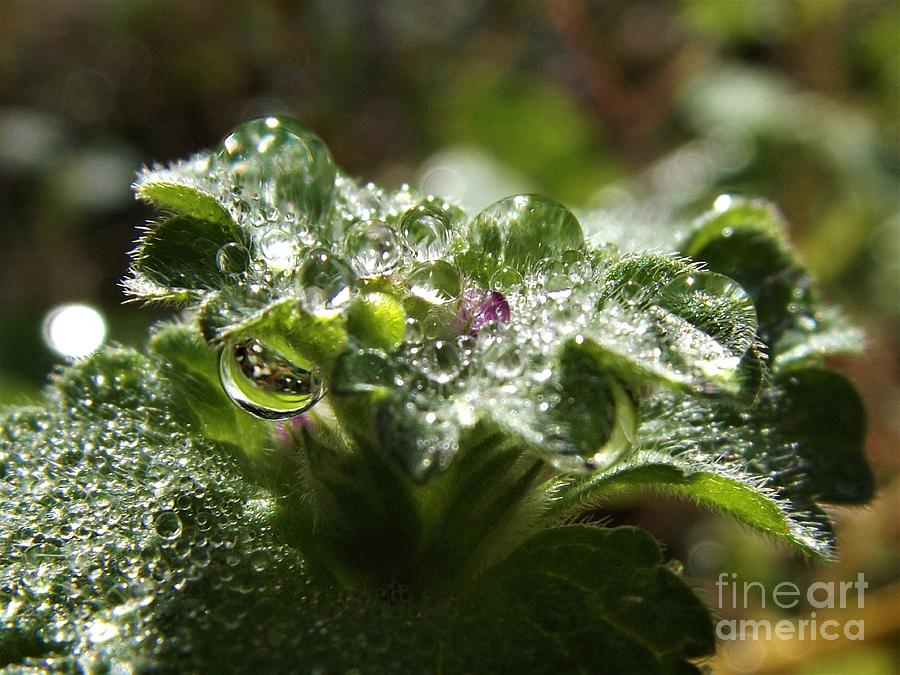 What A Beautiful Morning

Dew is water in the form of droplets that appears on thin, exposed objects in the morning or evening due to condensation. As the exposed surface cools by radiating its heat, atmospheric moisture condenses at a rate greater than that at which it can evaporate, resulting in the formation of water droplets.
A beautiful image for throw pillows and fleece blankets!

When temperatures are low enough, dew takes the form of ice; this form is called frost.

Because dew is related to the temperature of surfaces, in late summer it forms most easily on surfaces that are not warmed by conducted heat from deep ground, such as grass, leaves, railings, car roofs, and bridges.

Dew should not be confused with guttation, which is the process by which plants release excess water from the tips of their leaves.

Water vapor will condense into droplets depending on the temperature. The temperature at which droplets form is called the dew point. When surface temperature drops, eventually reaching the dew point, atmospheric water vapor condenses to form small droplets on the surface. This process distinguishes dew from those hydrometeors (meteorological occurrences of water), which form directly in air that has cooled to its dew point (typically around condensation nuclei), such as fog or clouds. The thermodynamic principles of formation, however, are the same. Dew is usually formed at night.

Thank you so much Johanna! :)

Nice macro. Am I the only one who sees an alien here?

Thank you so much James!

Dee, What a fantastic detailed image of dew on these flowers LF

So beautiful! Amazing macro. Like the little touch of purple in the middle.

Hi Valerie! Thank you so much, yes.. the bit of purple caught my eye too! :)

Thank you so much Delphimages! :)