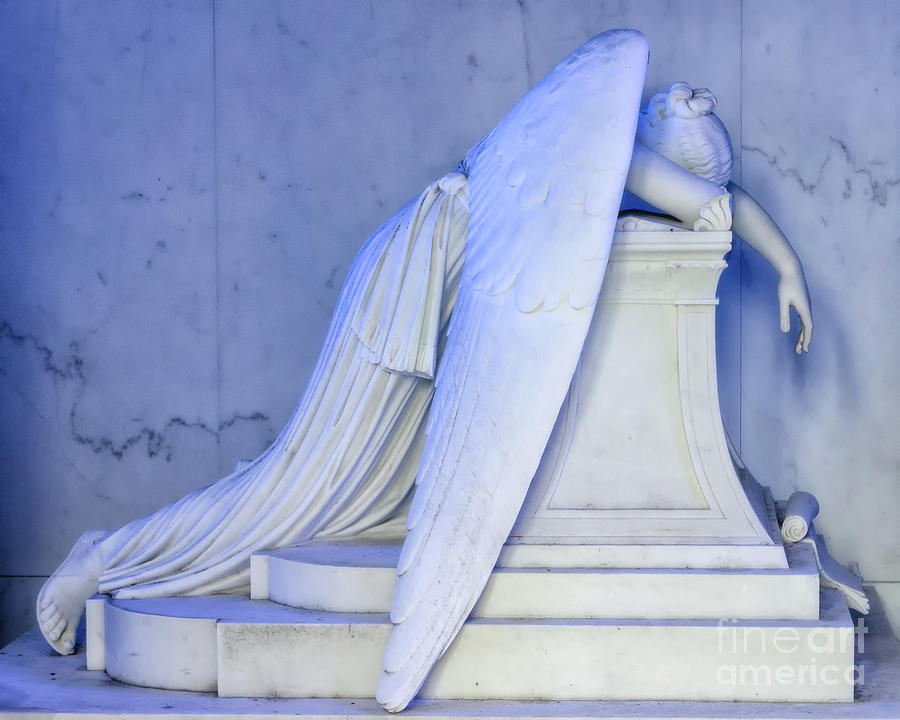 This Weeping Angel statue is found in Metairie Cemetery in New Orleans.

Description of the tomb follows from Find a Grave. (https://www.findagrave.com/cgi-bin/fg.cgi?page=gr&GRid=26824321)
"Chapman Hyams was a millionaire stock broker in New Orleans and an art collector. He had many business interests, including holdings in the St. Charles Hotel Company, the Louisiana Jockey Club, and The Times-Picayune Publishing Company. He was also a member of the New Orleans Cotton Exchange, the Stock Exchange, the New Orleans Club, the Boston Club and the Southern Yacht Club. He died in April 1923, and he, too, was buried in the Hyams mausoleum.

The mausoleum in Metairie Cemetery was designed by Favrot & Livaudais, one of the leading architectural firms at the end of the 19th century and the early decades of the 20th century. It is a Greek temple with free-standing Ionic columns on all four sides, made of granite from the quarries of Stone Mountain, Ga. Inside are a large blue stained-glass window and two smaller ones that cast light on the marble statue of a grieving angel. Chapman's monument is a copy of the "Angel of Grief" done by William Wetmore Story. William Wetmore Story angel serves as a monument for himself and wife in the Protestant Cemetery, Rome, Italy."

Thanks, Images that Excite for the group feature! :) kk