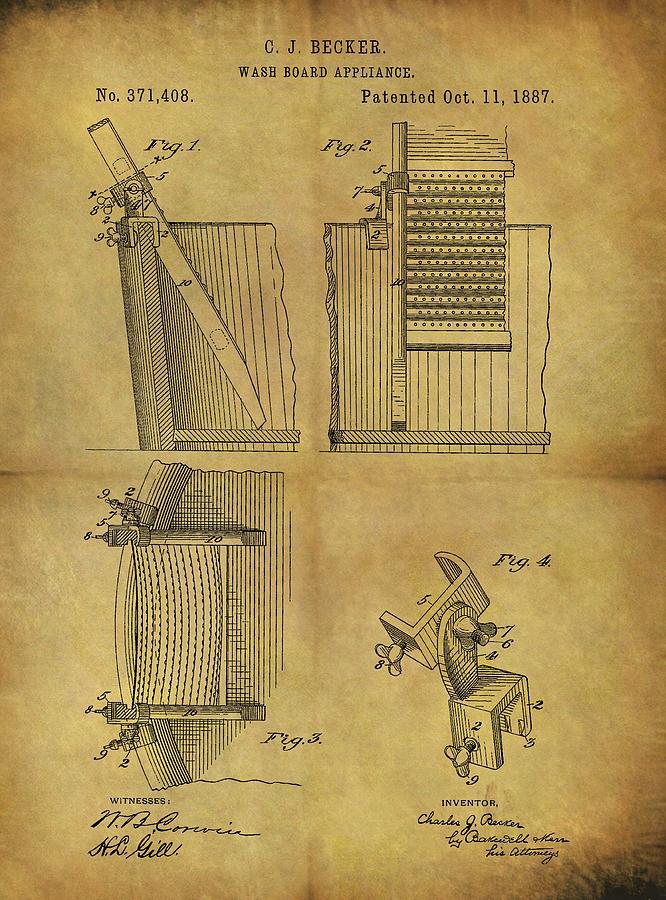 The washboard and frottoir (from Cajun French "frotter", to rub) are used as a percussion instrument, employing the ribbed metal surface of the cleaning device as a rhythm instrument. As traditionally used in jazz, zydeco, skiffle, jug band, and old-time music, the washboard remained in its wooden frame and is played primarily by tapping, but also scraping the washboard with thimbles. Often the washboard has additional traps, such as a wood block, a cowbell, and even small cymbals. Conversely, the frottoir (zydeco rubboard) dispenses with the frame and consists simply of the metal ribbing hung around the neck. It is played primarily with spoon handles or bottle openers in a combination of strumming, scratching, tapping and rolling. The frottoir or vest frottoir is played as a stroked percussion instrument, often in a band with a drummer, while the washboard generally is a replacement for drums. In Zydeco bands, the frottoir is usually played with bottle openers, to make a louder sound. It tends to play counter-rhythms to the drummer. In a jug band, the washboard can also be stroked with a single whisk broom and functions as the drums for the band, playing only on the back-beat for most songs, a substitute for a snare drum. In a four-beat measure, the washboard will stroke on the 2-beat and the 4-beat. Its best sound is achieved using a single steel-wire snare-brush or whisk broom. However, in a jazz setting, the washboard can also be played with thimbles on all fingers, tapping out much more complex rhythms, as in The Washboard Rhythm Kings, a full-sized band, and Newman Taylor Baker.