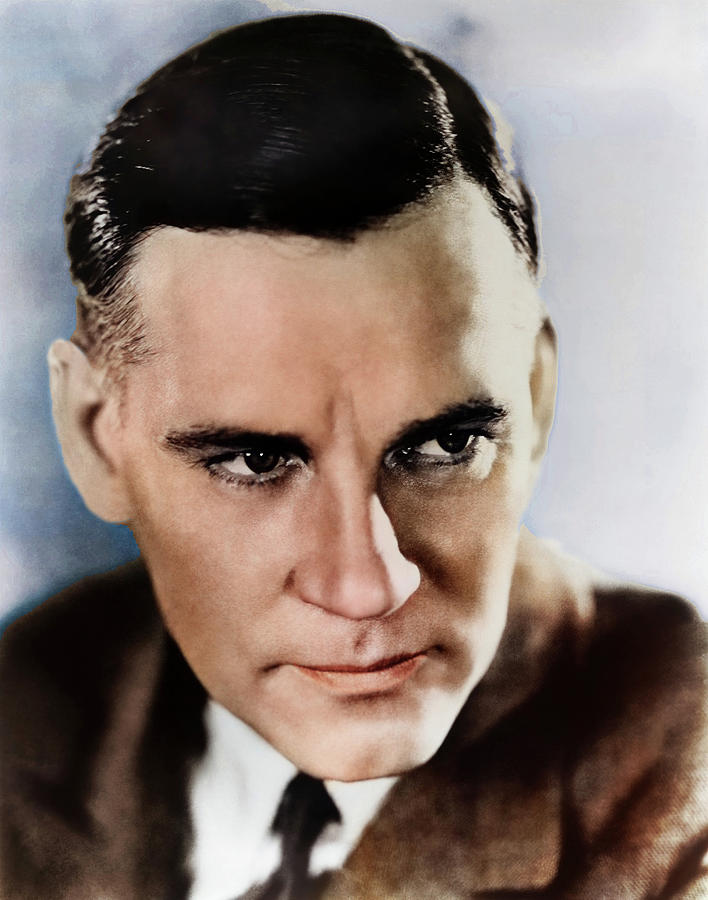 A colorized still of actor Walter Huston (1883-1950). He was a Canadian actor who won the Academy Award for Best Supporting Actor for his role in ''The Treasure of the Sierra Madre,'' (1948) directed by his son John Huston. He is the patriarch of the four generations of the Huston acting family, including his son John, grandchildren Anjelica Huston, Danny Huston, Allegra Huston, and great-grandchild Jack Huston. The family has produced three generations of Academy Award winners: Walter, his son John, and granddaughter Anjelica.