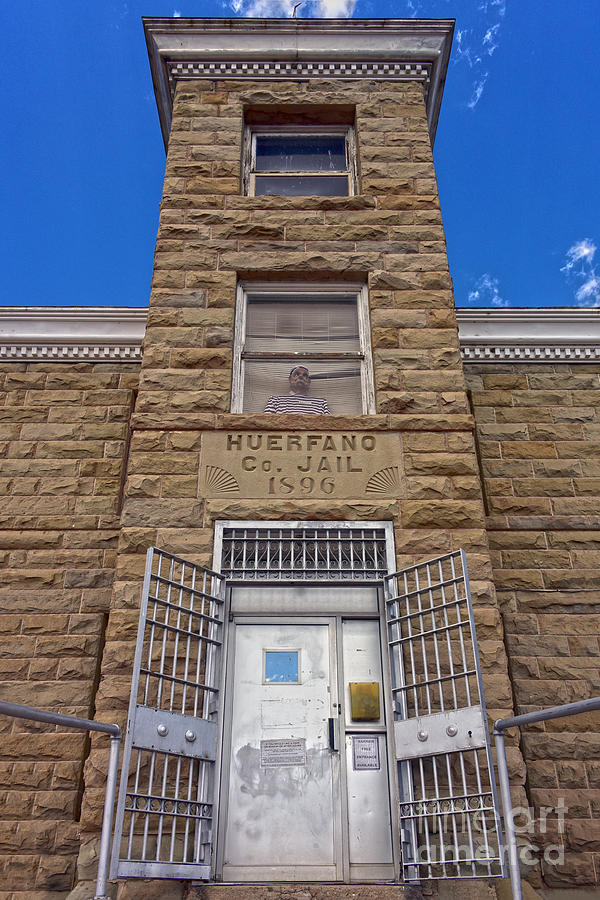 A "prisoner" glares down at visitors who enter the former Huerfano County Jail, which is now the Walsenburg Mining Museum.

The Museum, next door to the Huerfano County Courthouse, features exhibits about Huerfano County's mining camps and also contains memorabilia from such notable former inmates as Bob Ford (famous for killing Jesse James) and labor leader Mary "Mother" Jones. The courthouse was built in 1904. The jail was built in 1896. The buildings were added to the National Register of Historic Places on April 23, 1973.

Huerfano County is one of the 64 counties in the U.S. state of Colorado. The county seat is Walsenburg. The county, whose name comes from the Spanish huÃ©rfano meaning "orphan", was named for the Huerfano Butte, a local landmark. The area of Huerfano County boomed early in the 1900s with the discovery of large coal deposits. After large scale World War II coal demand ended in the 1940s.

Interesting to see these doors and super interesting history. l/f

Thanks, Stephen! I won't tell!