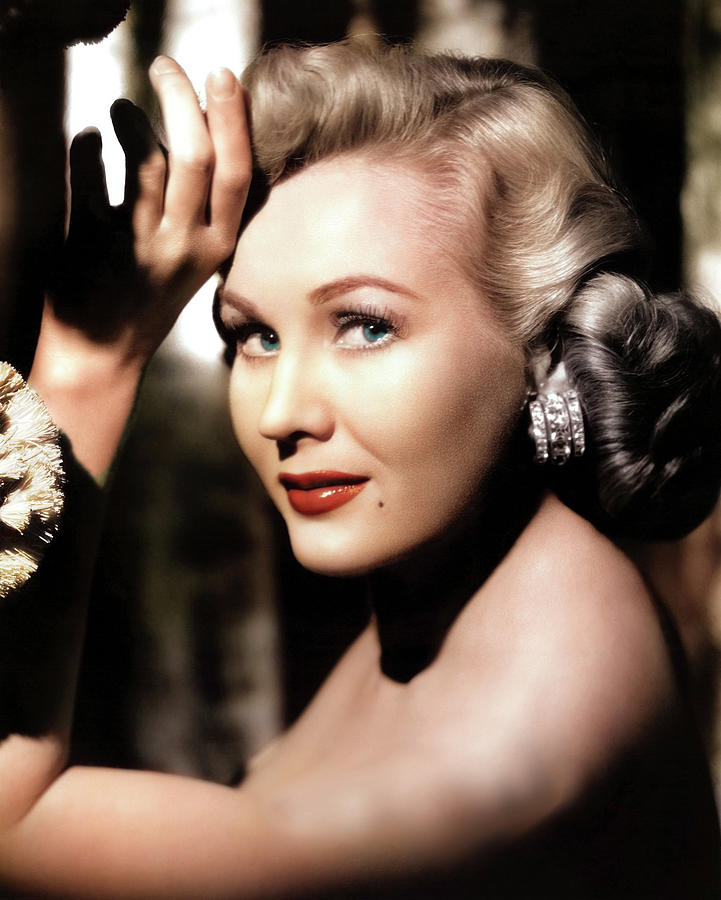 A colorized portrait of actress Virginia Mayo (1920-2005). Mayo was an American actress and dancer, who played in a series of comedy films with Danny Kaye, becoming Warner Brothers' biggest box-office money-maker in the late 1940s. She also co-starred in the 1946 Oscar-winning movie ''The Best Years of Our Lives'' and ''White Heat'' (1949).