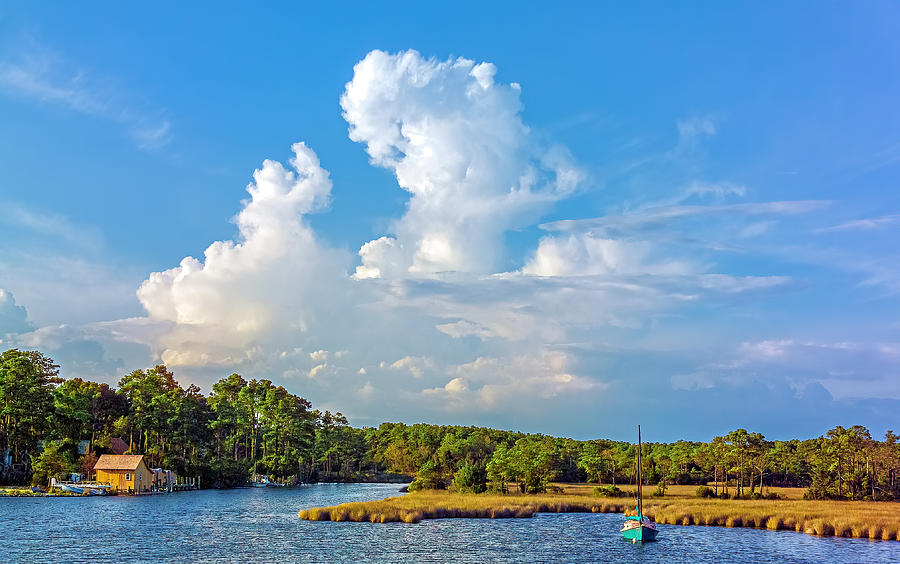 
Today, county business still brings people to town, as well as many reminders of the island's history, including the representative 16th century ship at Roanoke Island Festival Park, or the George Washington Creef Boathouse and Roanoke Marshes Lighthouse, part of the North Carolina Maritime Museum. Each summer, the town welcomes singers, dancers, and actors back to Waterside Theatre, where they perform the nation's oldest outdoor symphonic drama, The Lost Colony.


Weather is always a topic on an island, and in Manteo, the day's weather report takes the form of signal flags flying from a restored US Weather Bureau tower.

Beautiful image, Greg!!! Congratulations, your work is Featured in "Your Best Work"! I invite you to place it in the group's "Featured Image Archive" Discussion!!