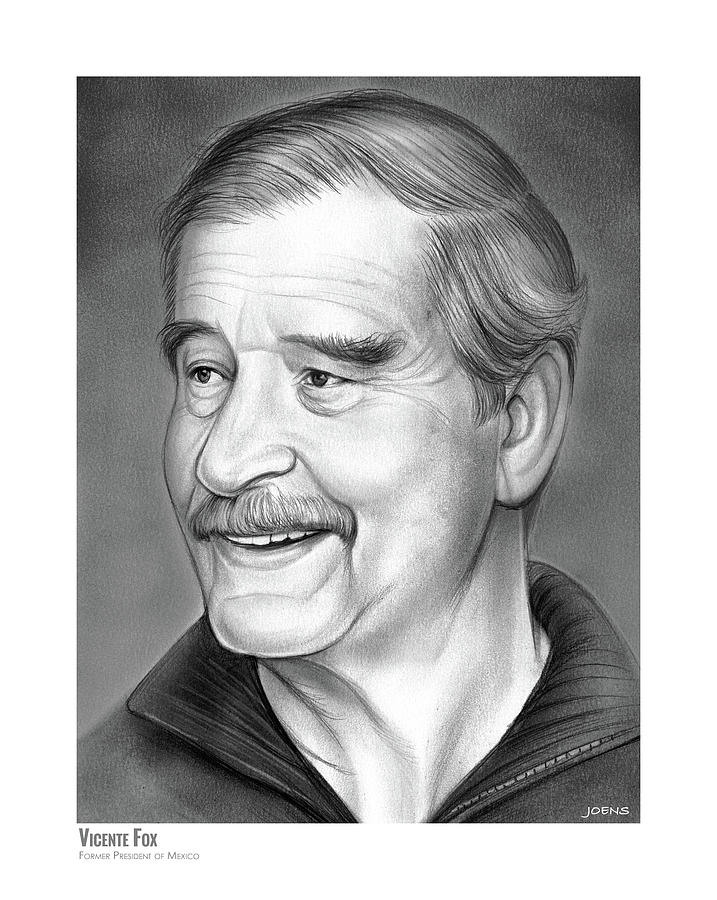 A right-wing populist,[1][2][3][4] Fox ran for and was elected President on the National Action Party (PAN) ticket, which was an opposition party at the time of his election as president. He is currently the Co-President of the Centrist Democrat International, an international organization of center-right political parties.[5]

Fox was elected President of Mexico in the 2000 presidential election, a historically significant election since it made him the first president elected from an opposition party since Francisco I. Madero in 1910. Fox finished in first place with 42 percent of the vote, thus becoming the first presidential candidate in 71 years to defeat the Institutional Revolutionary Party (PRI).[6]

As president, he mostly followed the neoliberal economic policies that his PRI predecessors had adopted since the 1980's.[7] The first half of his administration saw a further shift of the Federal government to the right,[8][9] the granting of concessions to the Catholic clergy, the appointing of several members of the ultra-catholic Yunque in government posts,[10] strong relations with the United States and George W. Bush,[11] unsuccesful attempts to apply a value-added tax to medicines[12] and to build an airport in Texcoco,[13] and a major diplomatic conflict with Cuban leader Fidel Castro.[14]

The second half of his administration was marked by his personal conflict with the leftist Andrés Manuel López Obrador, then Mexico City's Mayor. The PAN and the Fox administration unsuccesfully attempted to remove López Obrador from office and to prevent him from participating in the 2006 presidential elections.[15][16] The Fox administration also got into diplomatic conflicts with Venezuela and Bolivia after supporting the creation of the Free Trade Area of the Americas, which was opposed by those two countries.[17][18] His last year in office oversaw the controversial 2006 elections, where the PAN candidate Felipe Calderón was declared winner by a very narrow margin over his opponent López Obrador,[19] who claimed that the elections were rigged and refused to recognize the results, calling for protests across the country.[20] In the same year, the southern state of Oaxaca was the scene of a teacher's strike which culminated into protests and violent clashes asking for the resignation of governor Ulises Ruiz Ortiz.[21]

After serving as president of Mexico for six years, Fox returned to his home state of Guanajuato, where he now resides with his wife and family. Since leaving the presidency, Fox has been involved in public speaking and the development of the Vicente Fox Center of Studies, Library and Museum.[23]

In 2013, Fox eventually decided to leave the National Action Party.[24]

Fantastic! Added to my favorites and featured in FAA Portraits.