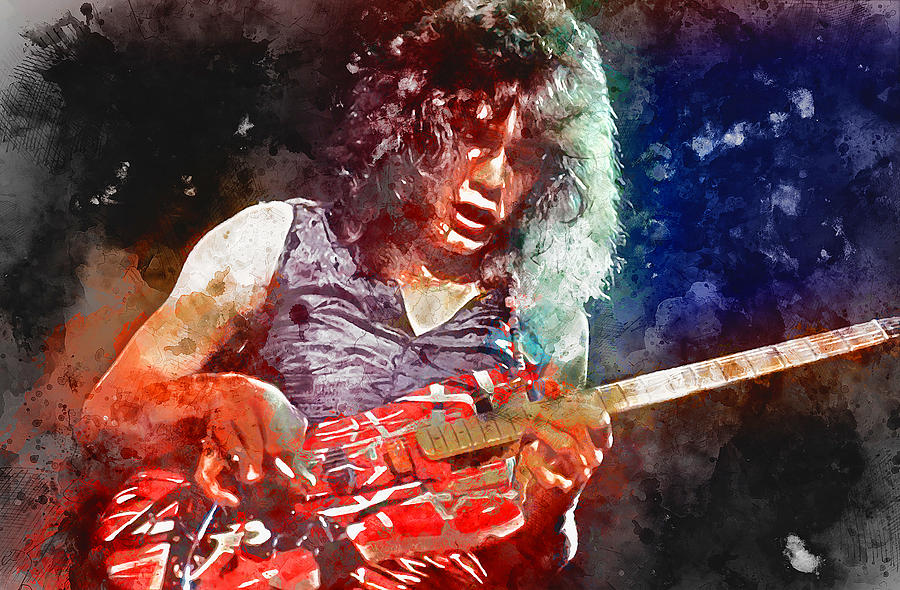 Edward Lodewijk "Eddie" van Halen is a Dutch national American guitarist, known for being the co-founder of Van Halen; is defined among the most influential, innovative and talented rock guitarists of the twentieth century.
He perfected the use of the tapping technique on electric guitar, which had great impact on successive generations of guitarists, particularly within the hard rock and heavy metal scene. Rolling Stone ranked him eighth among the 100 best guitarists of all time, while the specialized magazine Guitar World ranks first

He approaches the music studying the piano and the drums, but his true vocation finds it at the age of 12, when he starts playing the guitar of his older brother Alex. The two brothers grow developing their musical styles, studying mainly Rock, especially the songs of the Beatles and Led Zeppelin, and, at the time of forming the first group, in agreement with his brother, Eddie definitely passes to the guitar and Alex to the battery.
In the late seventies the two, together with bassist Michael Anthony and singer David Lee Roth, give life to the hard & heavy group of Van Halen.

Eddie van Halen has also played as a session musician for other artists: for example in 1983 he was cast to play the solo in Beat It by Michael Jackson, produced by Quincy Jones. Years later Jennifer Batten, Jackson's musician, performed the same solo in a recording studio where, by chance, van Halen was also present; listen to the first notes of the solo, Eddie van Halen went to the adjoining studio and asked Batten to do it again with his Kramer 5150.