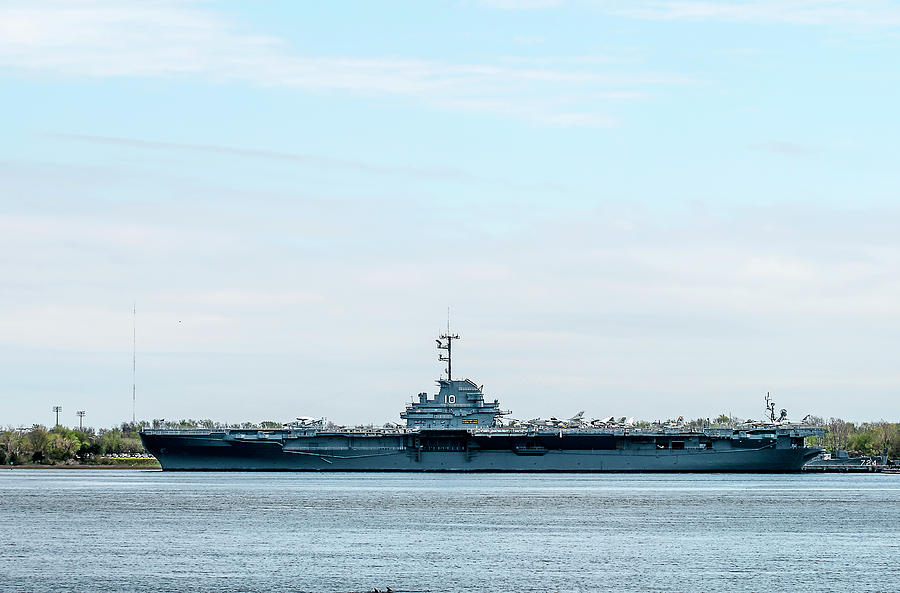 The USS Yorktown CV-10, named after the USS Yorktown CV-5 which was sunk after the WW II battle for Midway in 1942, was commissioned in 1943. It served with distinction during WW II, the Korean War and the Vietnam War. It was originally named the Bonhomme Richard but was renamed while under construction.

It was featured in two movies and was a recovery ship for the Apollo 8 Space Mission.

Finally decommissioned in 1970 it became a museum in 1975, stationed at Patriot's Point in Mt. Pleasant, South Carolina where it remains today. It is a National Historic Landmark.

I'm really glad you like it Jenny. Thank you very much for the feature in the group "No Place Like Home."