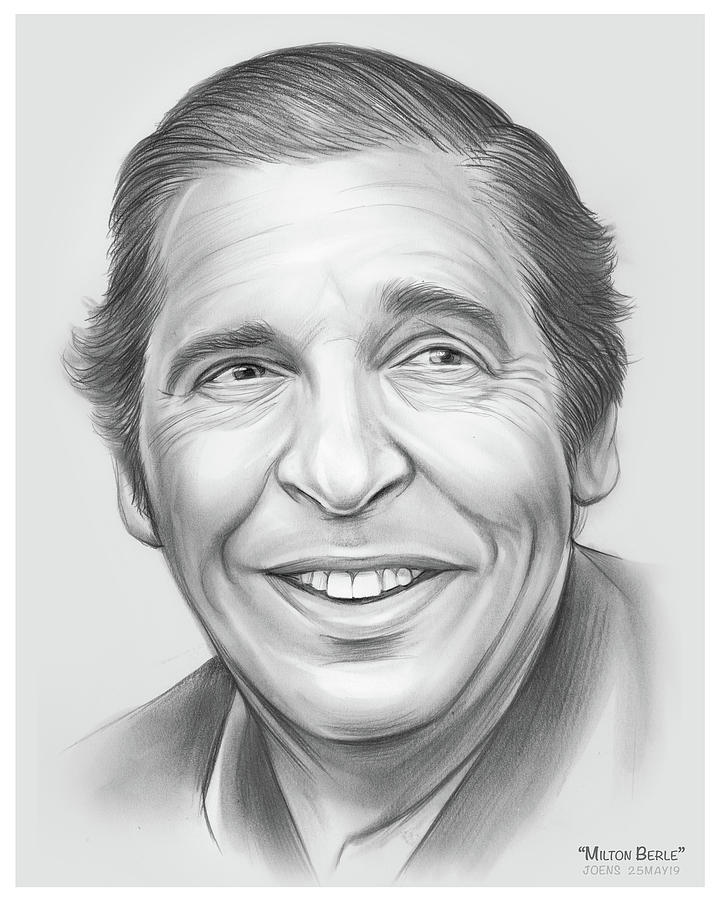 Sketch of the Day
Milton Berle

(July 12, 1908 – March 27, 2002) was an American comedian and actor. Berle's career as an entertainer spanned over 80 years, first in silent films and on stage as a child actor, then in radio, movies and television. As the host of NBC's Texaco Star Theater (1948–55), he was the first major American television star and was known to millions of viewers as "Uncle Miltie" and "Mr. Television" during the first Golden Age of Television.