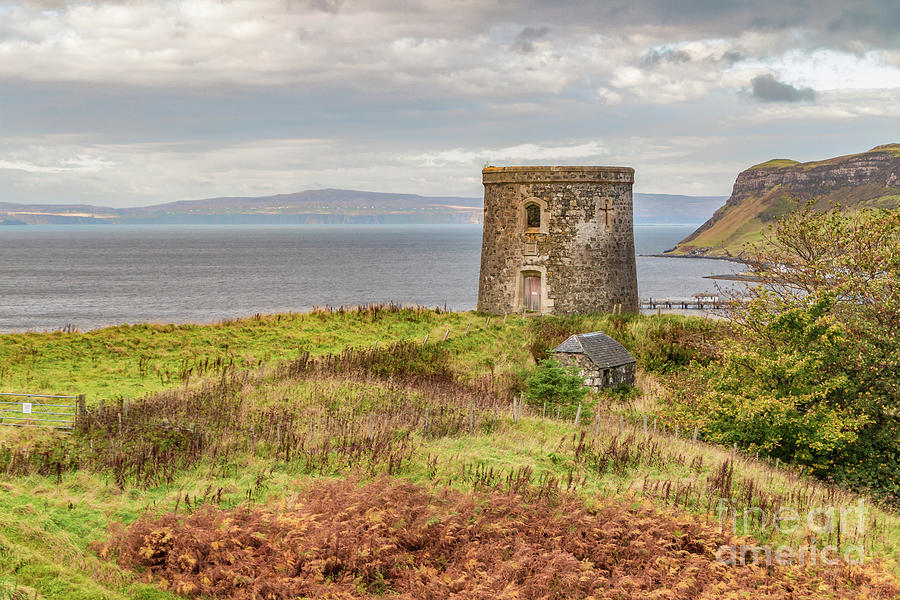 Well...it took some digging, but thanks to Google Maps and local historical web pages, I was able to figure out what this tower is and what it was used for. It seems that there was a very unpopular landlord, know as Major William Fraser. He was a landlord in Uig on the Isle of Skye. He built this tower, known as Captain Fraser's Folly, to collect taxes and rent from the people who inhabited the land on his estate. He was also known to have made contributions to the Highland Clearances. The Highland Clearances were when tenants were evicted so the land could become available for large-scale sheep farming. His estate was known as the Kilmuir Estate, which was washed away into the ocean during the flooding storm in 1877 which coincided with the end of the Highland Clearances. Many of the Uig residents thought that this was proper payback for his less than generous behavior toward the inhabitants of Uig. The Uig Tower was spared during the flood and is a reminder of Fraser's greed and selfishness. It has a lovely view though! It looks over to the Waternish Peninsula across Uig Bay. There is a ferry from Uig that travels to Tarbert on the Isle of Harris. I think that this is another place that I must visit when I return to Scotland! Scotland is full of natural beauty and amazing amounts of history.

Interesting story, payback's a bitch! lol A great tower though, and nicely composed with the cliffs on the right Liz! l/f

Such a beautiful scene you composed Liz! I'm tweeting this! :)