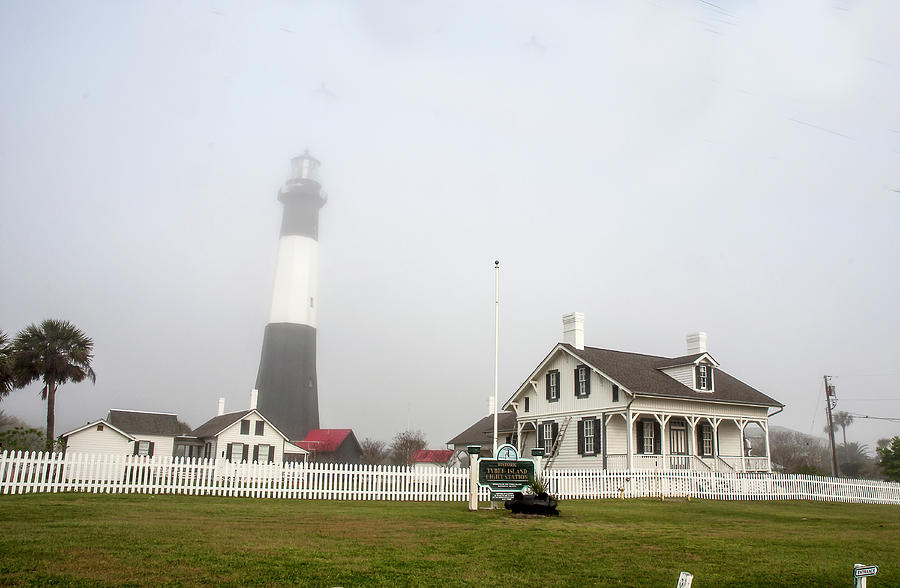 One of only seven surviving colonial era Lighthouse towers, the Tybee Island Lighthouse was built in 1773 of brick and was 100 feet tall. This third tower was the first one that was lit using reflectors and candles.

Georgia ceded it to the federal government in 1790 and a 2nd order Fresnel lens was added in 1857. The upper part was burned during the American Civil War in 1862.

It was reconstructed in 1866 by adding to the original 60 feet, which was still intact, raising the height to 154 feet and a first order Fresnel lens was added.

It was damaged by a hurricane in 1871, and further damaged by the Charleston quake of 1886. The damage was immediately repaired after the quake.

The lighthouse was electrified in 1933 and automated in 1972. It is still a functioning navigational aid using the original lens.

I'm Really glad you like it Lyric. Thank you very much for the feature in the group "Bedroom Art Gallery."

I'm Really glad you like it Nina. Thank you very much for the feature in the group "ART - IT IS GOOD FOR YOU."

Very nicely presented, Norman and I sure like the little fog!! v/f/t

Thank you very much Robert.