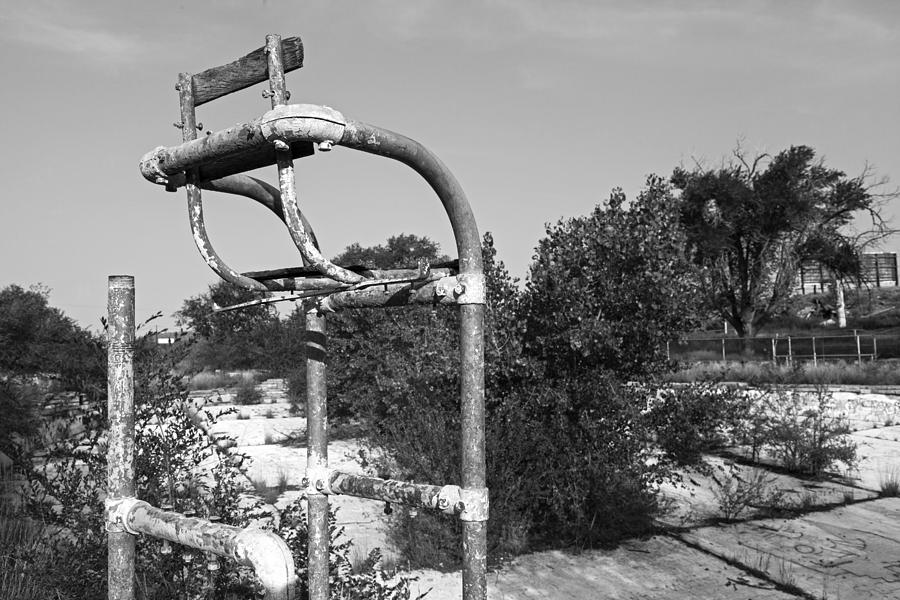 Lifegaurd seat and pool at Metropolitan Park in Tucumcari. The park was also named "Five Mile Park" because it was located about five miles outside of town. The park once featured New Mexico's largest outdoor swimming pool and building designed by Trent Thomas adapted from his design of La Fonda Hotel in Santa Fe. In 2003 the deteriorating, Metropolitan Park was named to the New Mexico Heritage Preservation Alliance's list of Most Endangered and in 2010, the park's main building caught fire and burnt to the ground. The city of Tucumcari razed the site weeks after the fire.