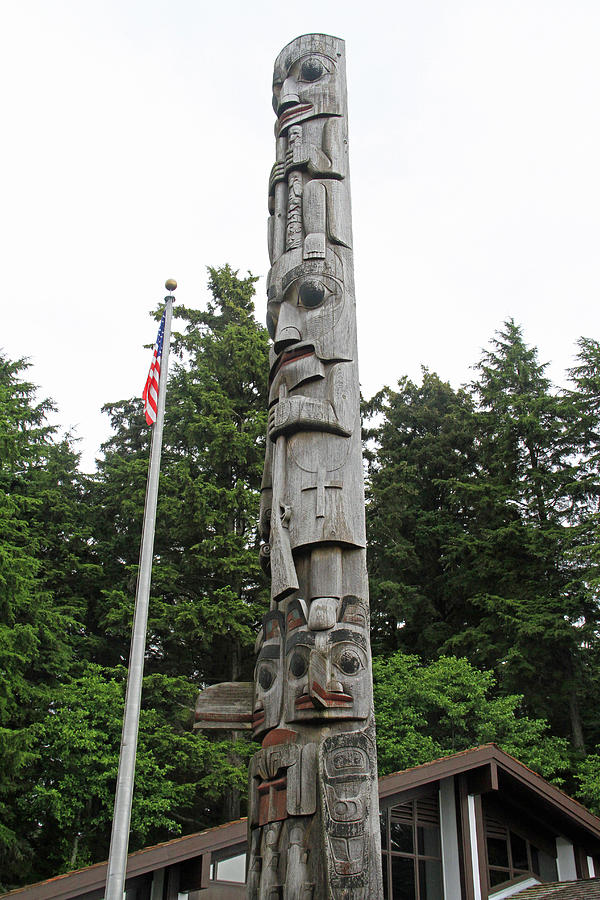 Totem poles from Alaska are carved from cedar, which is rot-resistant and grows in the rainforests in Southeast Alaska. The totem pole originated in the Pacific Northwest and Southeast Alaska.Totem poles are carved to display characters and ancient stories, which is why totem carvings often include fish, eagles, bears, ravens, human faces and even supernatural figures. This totem stands next to the American Flag.