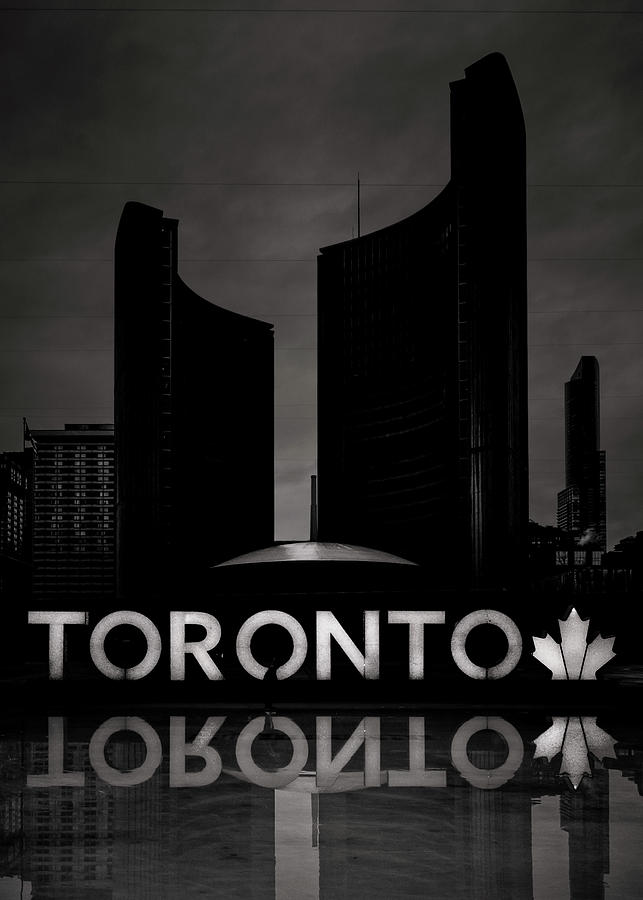 In 1957 an international competition was held for a design of a new city hall. A total of 520 designs were received from 42 different countries. The winner of the competition was Finnish architect Viljo Revell. In 1965 Toronto's fourth city hall opened and still serves as the home of the city's council. The 27 storey east tower and the 20 storey west tower surround the saucer shaped council chamber. The saddest part of the history of our current city hall is that Revell died of a heart attack at 54 years old just 10 months prior to the opening ceremonies and never got to see his vision completed.

"When finished, the building generated controversy among many people who felt that it was "too futuristic" for the city." (Thank you to a Wikipedia contributor for that piece of information) :)

One of the city's most distinctive landmarks, it has been made even more unique by the addition of the Toronto Sign. The 10 foot high letters each weighing almost 3000 pounds can display over 228 million colours and are used for commemorative lightings in honor of local and international events.

Wanna Buy Me A Coffee?
www.ko-fi.com/thelearningcurvephotography

Excellent work to get this outstanding presentation, Brian!! v/f/t