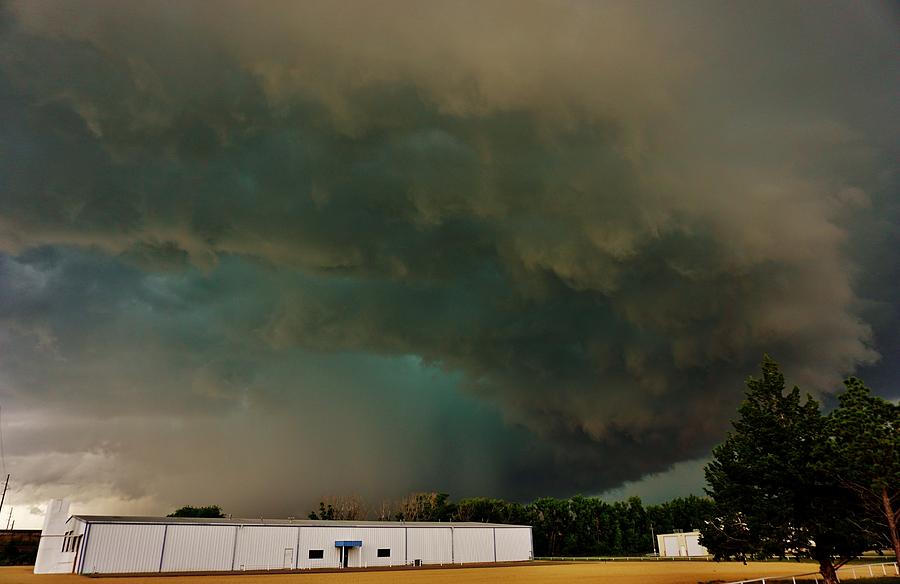 A tornadic supercell near Canadian, Texas on May 27, 2015. Moments later, a tornado (which was ongoing in the background of this photo a few miles behind the building, but was obscured by rain & hail in this picture) emerged from behind the rain/hail shaft. The tornado, which was later rated as an EF2 on the Enhanced Fujita Scale by the National Weather Service in Amarillo, Texas, was the 1st in a series of 4 tornadoes produced by the same supercell. The building in the photo was not impacted by any of the tornadoes.

Congratulations on your feature in the 200 Club ... love the mood! l/f

Congratulations, your dramatic photography is featured in The 200 Club. Please feel free to archive it in all the appropriate Club discussion threads. Stay safe out there!

what an incredible supercell capture

A force not to be reckoned with....fabulous capture!

Ed, your stunning image has been featured in our group "Sky and or Clouds". http://fineartamerica.com/groups/sky-and-or-clouds.html 11/20/15