Torn From The Pages 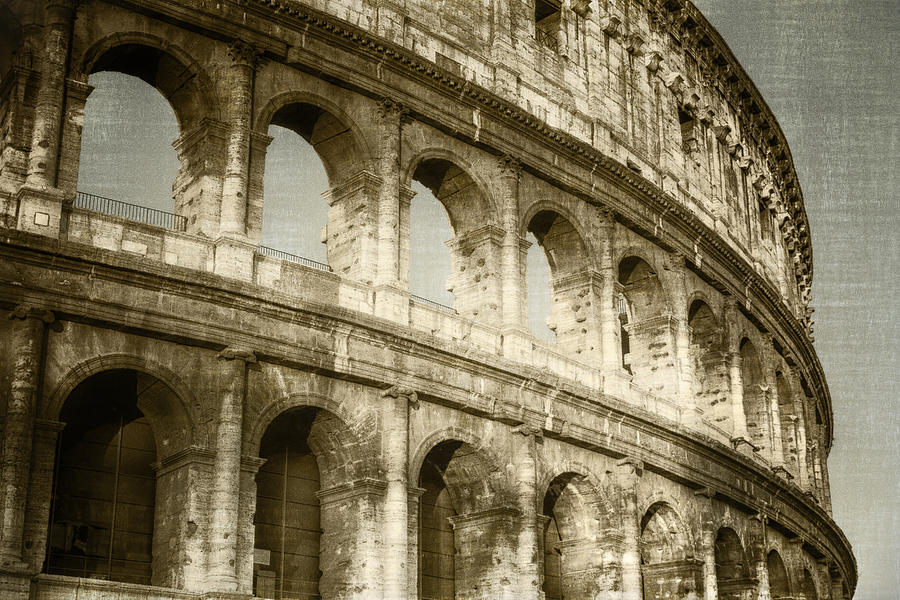 Torn From The Pages

No matter how many times you walk past the Coliseum in Rome, you feel compelled to take more pictures! You just never get enough of it, and of course it looks different at different times of the day and in different weather. So I came home with hundreds of pictures of this magnificent structure. The Coliseum was originally called the Flavian Amphitheatre. It is an elliptical amphitheatre in the center of Rome, and is the largest ever built in the Roman empire. It is constructed of concrete and stone and is considered one of the greatest works of Roman architecture and engineering. Its construction was started in 72 AD and completed in 80 AD. Capable of seating 50,000 spectators, it was used for gladiatorial contests and other public spectacles. Much of the Coliseum was ruined by earthquakes and stone-robbers but remains an iconic symbol of the city. It's hard to imagine our present buildings lasting until the year 4012!

FEATURED PHOTO, The Road to Self Promotion group, 8/27/14

thank you Nader for the feature in the Fine Art America Professionals group, 4/12/21

Congratulations, Joan! Your outstanding Photograph is now featured in the 100 Favorite group! L/F/Ig

Such a wonderful presentation Joan!

This would look great as a wood print. L/F/FB/G+

Yep, that would be old! Love the POV and processing, Joan.

Marvelous processing on this, Joan!