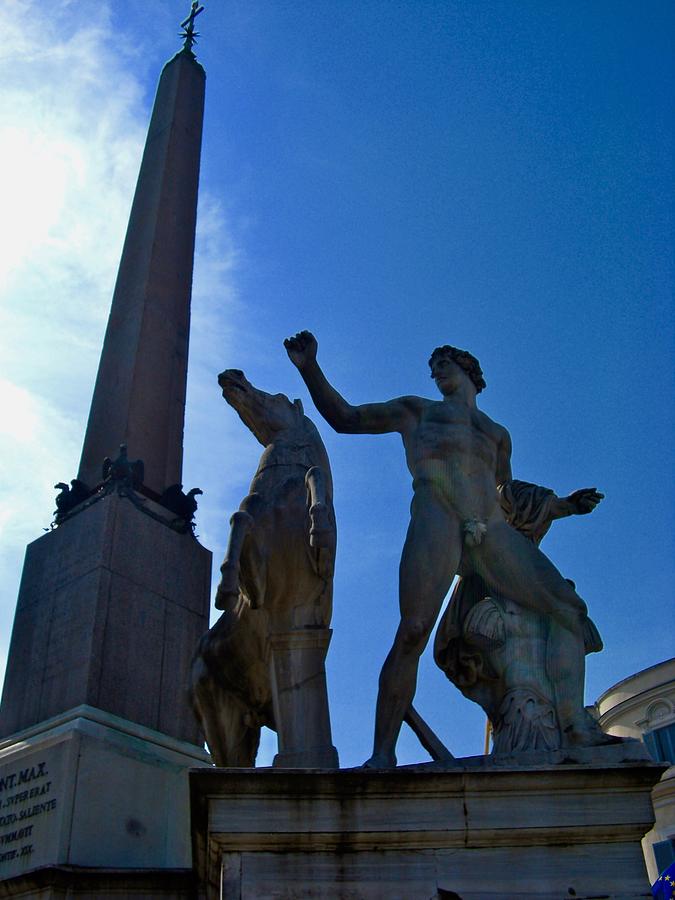 This obelisk is 14.64 meters high for obelisk itself, 28.94 meters including the pedestal. No inscription is engraved. This is one of two (pair) of obelisks that were quarried from Egypt in the late 1st century and erected at the entrance of the Great Tomb of Emperor Augustus (Mausoleo di Augusto) in Rome.
This obelisk was discovered underground fragmented in three pieces at the site of Great Tomb of Emperor Augustus in 1781. After 4-year restoration, this was erected at the current site by Pope Pius VI in 1786.
This obelisk does not have pyramidion. Its top is in the state cut into a flat stone. This is the common point with the obelisk at Piazza dell'Esquilino. For ancient Egyptians, the pyramidion had an important meaning. However, the Romans did not understand it.
This is evidence that these obelisks were made by the Romans.