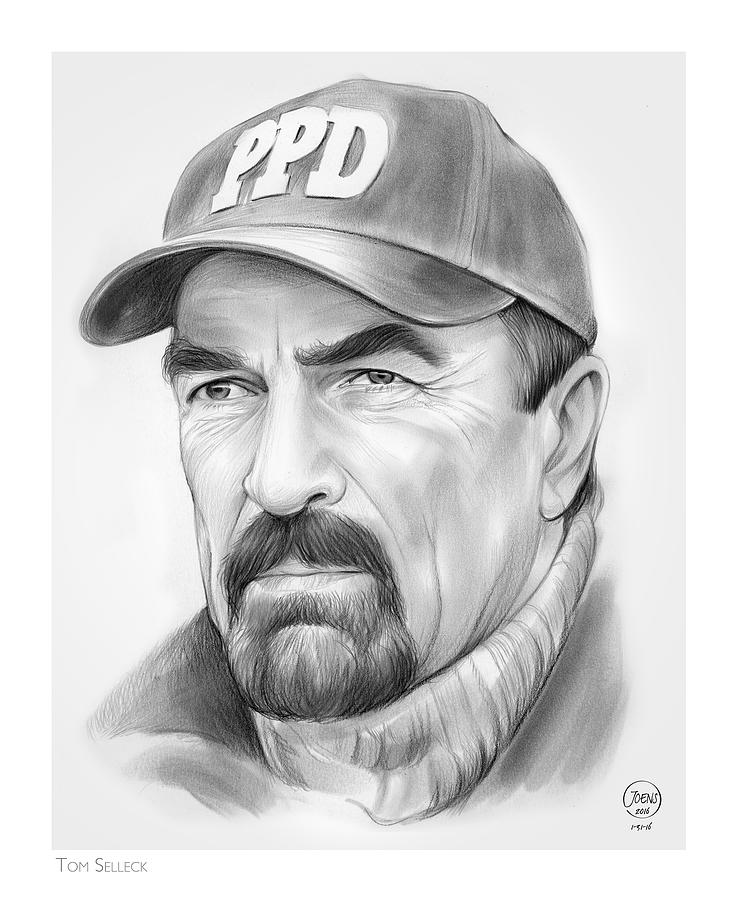 Thomas William "Tom" Selleck (born January 29, 1945) is an American actor and film producer. He is best known for his starring role as the private investigator Thomas Magnum in the television series Magnum, P.I. (1980–1988), based in Hawaii. He also plays Police Chief Jesse Stone in a series of made-for-TV movies based on Robert B. Parker novels. Since 2010, he has also been a primary cast member as NYPD Commissioner Frank Reagan in the drama Blue Bloods on CBS.

Selleck has appeared in more than 50 film and television roles since Magnum, P.I., including Three Men and a Baby, Quigley Down Under, Mr. Baseball, and Lassiter. Selleck appeared as Dr. Richard Burke on Friends, where he played the on-again, off-again love-interest of Monica Geller (Courteney Cox), and as A.J. Cooper on the TV series Las Vegas.

OMG You did an awesome job. LOVE Tom Selleck!!!!!

Ooohhh, he is so dreamy!

This fantastic portrait is now featured in FAA Portraits! Congrats...

This is beautiful Greg