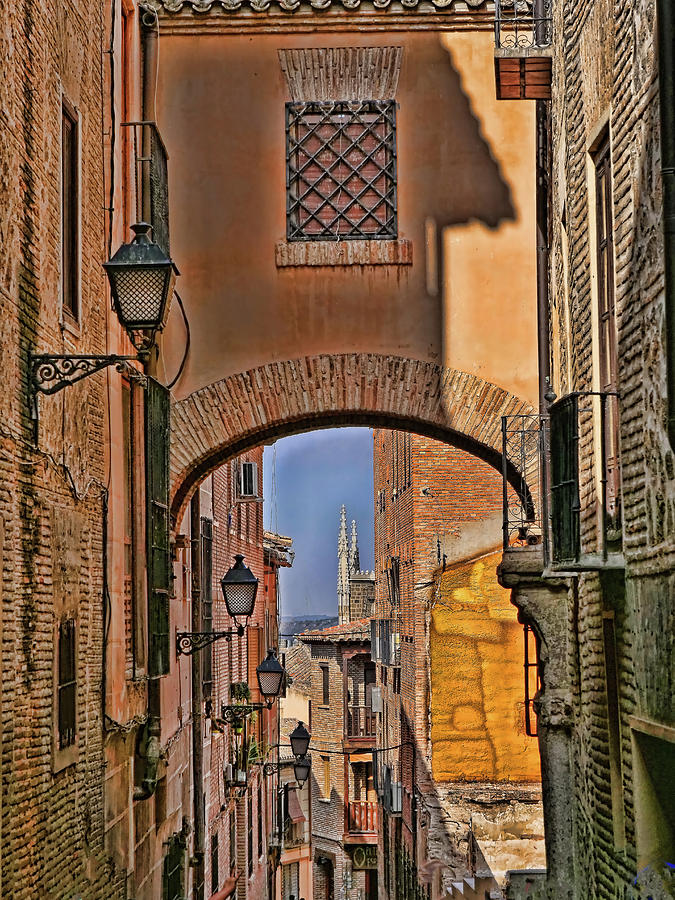 Toledo is the heart and soul of Spain. This monumental ancient city is a captivating UNESCO World Heritage Site. Behind its daunting medieval walls, in a labyrinth of winding pedestrian streets, are some of most important historical landmarks in the country. Magnificent old stone buildings and quiet cobblestone streets whisper the legacy of the past. For centuries, Christians, Jews, and Muslims flourished in a "city of three cultures" and built a dazzling array of churches, convents, palaces, fortresses, synagogues, and mosques.
A lot of the charm of Toledo, especially for a photographer, are the old narrow streets and or alleyways with their colorful buildings and passage ways. You almost feel like you are being transported back in time.

Cheryle , thank you very much for the Home Page Feature in the Vacation Group

Edward , thank you very much for the Home page Feature in the Veteran Active and Former Military Artists Group