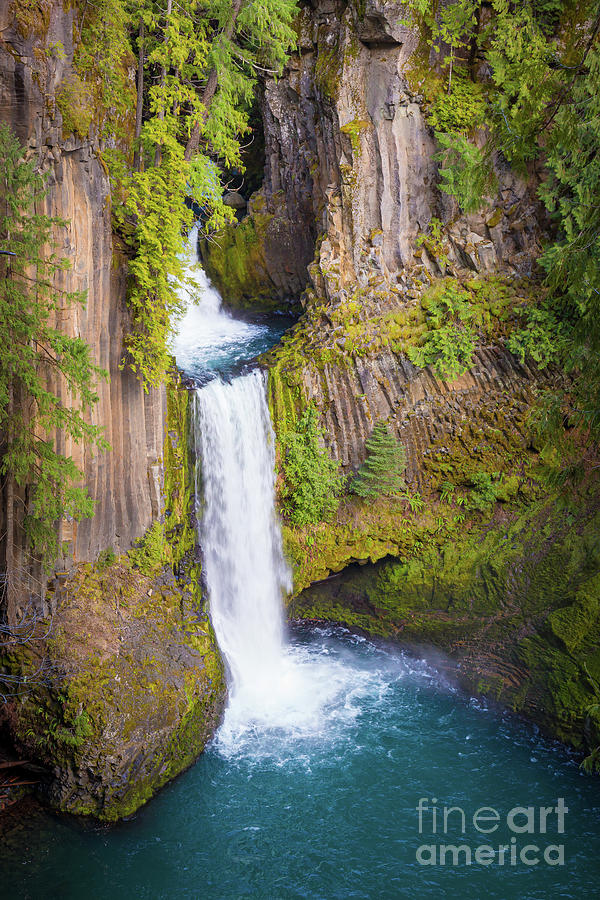 Toketee Falls is a waterfall in Douglas County, Oregon, United States, on the North Umpqua River at its confluence with the Clearwater River. It is located approximately 58 miles east of Roseburg near Oregon Route 138.

With a reliable water flow on the North Umpqua River, the falls avoids the seasonal fluctuations of other creek-fed waterfalls in Oregon. The waterfall is regulated by a dam built just upstream by PacifiCorp, which now regulates and reduces the water flow over the falls. The damming forms a reservoir called Toketee Lake. Previously the full volume of the North Umpqua River was allowed to flow over the falls, but the flow has been reduced by a penstock that utilizes the drop of the falls to generate hydroelectricity.

Bravo! You have been chosen to have your beautiful piece of artwork from your portfolio featured on the homepage of our Wisconsin Flowers and Scenery Group. It is with honor an privilege that I have chosen this particular piece of your works to be a feature on our homepage due to its striking appearance, color, composition, and simply the fact that I really like it. Congrats on your feature!

Congratulations, your beautiful artistic work is Featured on the home page of the "Bedroom Art Gallery" group. 5/14/21 l/f/pin

Congratulations on your sale, Inge!

Thanks again, Ric. Yes, this place was very special, and peacefully abandoned this time of the year.

WOW Inge. Magnificent image! Such a beautiful waterfall! It sure is a long way down there! v/f

Thank you once more, Tessa!