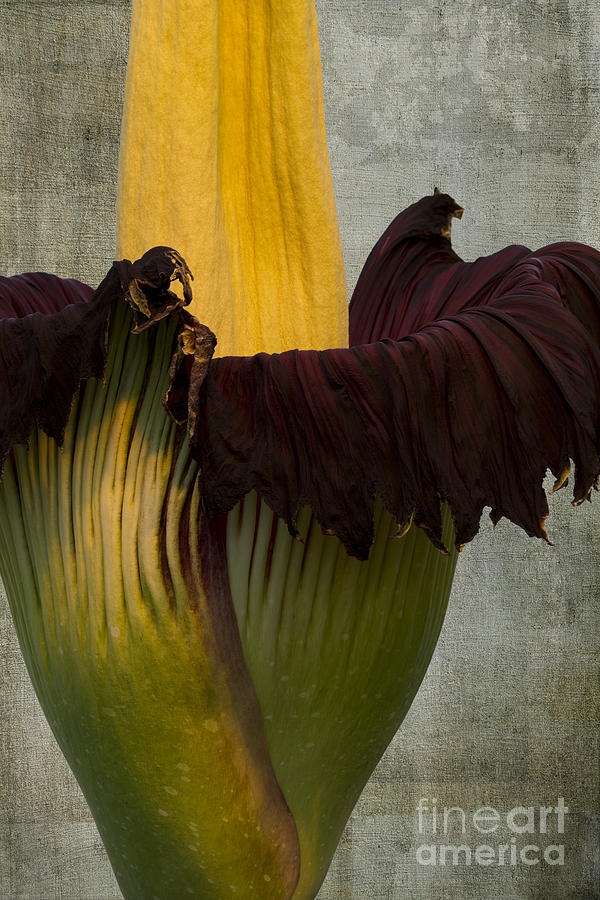 Titan Arum or Amorphophallus titanum is a word taken from Greek, where 'amorphos' means 'without form' and 'titan' means 'giant'. It is a flowering plant, but with a fowl smell, which is same like that of the genus Rafflesia. The odor smells like a dead animal, which is why it is called "corpse flower/plant". Both of them are found in the rainforests of Sumatra. This plant is considered as "Vulnerable" by the IUCN, so efforts are being taken to restore its numbers. Though it is endemic to Sumatra, collectors have planted it all around the world. The plant is very huge and can grow up to 10 feet high. This plant is a late bloomer and will take 7 - 10 years to bloom for the first time. This flower has owned many Guinness World Records for its height.

Thanks a lot Kathy