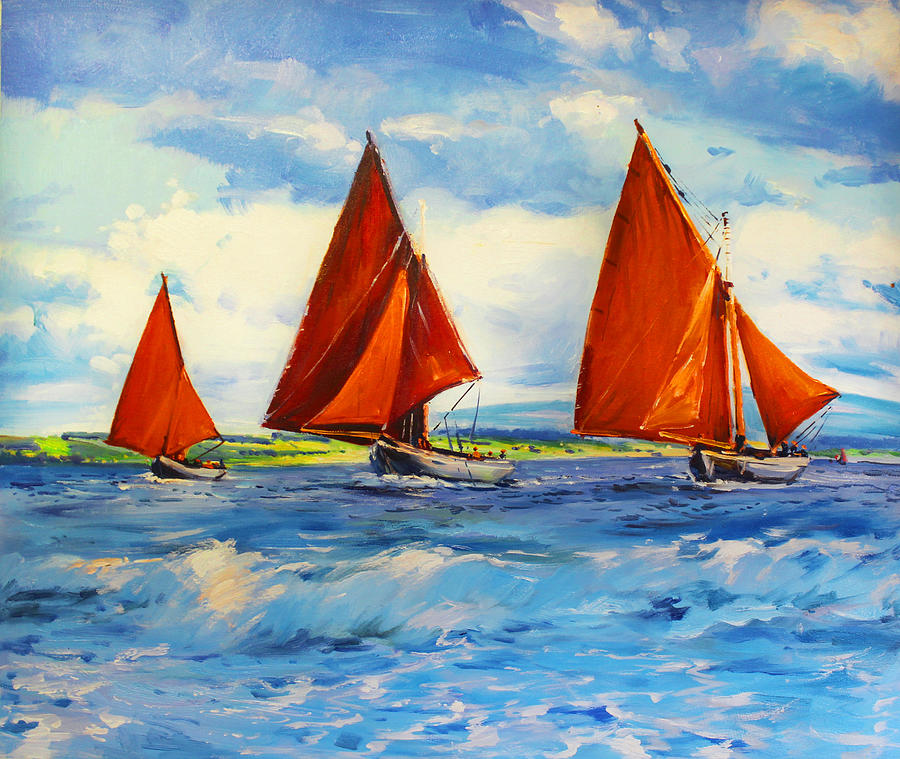 The Galway Hooker is an overall term for four different styles of the fishing vessel.

The term ‘hooker’ is associated with ‘hook and line’ fishing, where long lines of baited hooks were drawn through the water and individual fish were caught when they went for the bait on each hook. This method of fishing, adopted by Galway fishermen, was referred to as ‘long-lining’. It influenced the labelling of the fishermen as ‘hookers’ and their boats became known as the Galway Hookers.

Native Irish speakers in Connemara had their own distinctive terminology for the different varieties of the boat and didn’t use the term ‘Galway Hooker’ until English speakers brought it from outside. Through repetition the word became commonplace. There is some speculation that the term originated in Spain and Britain but the most common theory suggests a Dutch origin. It is believed that the Galway Hooker was based on a boat that developed in The Netherlands in the 17th century called the ‘Hoeker’, also based on the hook and line fishing. The diversity of local, vernacular boats is dictated by function, environment and local tradition.

Great title and not a disappointment ! Congrats on sale of

Congratulations for your sale! F

Congratulations on your sale!!!!!

Beautiful work. Congrats on your sale.

Beautiful painting and congratulations on your sale, Conor!