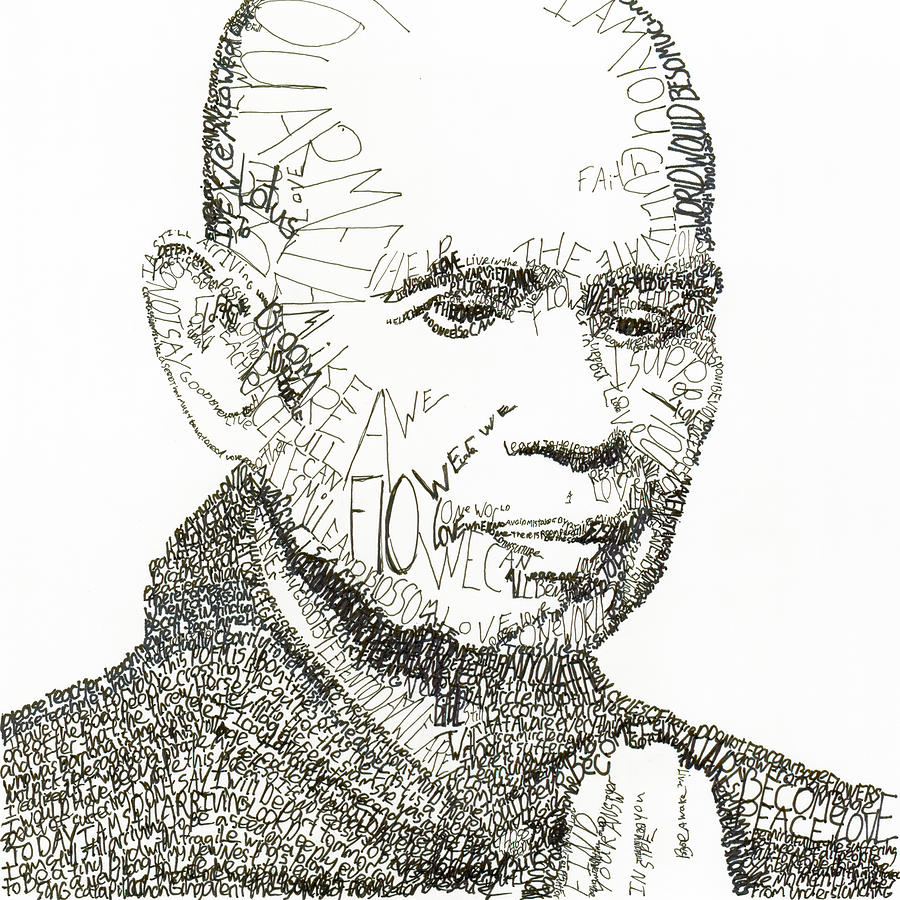 Thich Nhat Han is is a Vietnamese Zen Buddhist monk who became a Refugee and instead of becoming bitter he set up foundations to help refugees that were too poor to buy food or to buy clothes. He also tried to teach people about awareness to the natural world through poetry and talks. Even though things were bad, in the ideal perspective a person living as a refugee must still do their best to remain positive. I made this portrait using his poetry and using his ideals because I thought by doing that it would create more of an idea of who this man is.

💖💖💖“An art is a poem without words”💖💖💖 Congratulations on your recent sale of this amazing Work!

Thank you very much! This picture is part of a series I created called the voices of compassion. Each portrait I did was of someone using there voice and words to spread the message of love and compassion in a profound way. Check it out in one of my galleries!

Congratulations your outstanding artwork has been FEATURED in MOUSE! It's always a pleasure to see your beautiful work and I thank you for your submissions and participation. Outstanding and fabulous creation!! Cheers, Barbara l/f

Thank you Barbara! I really appreciate your kind words!