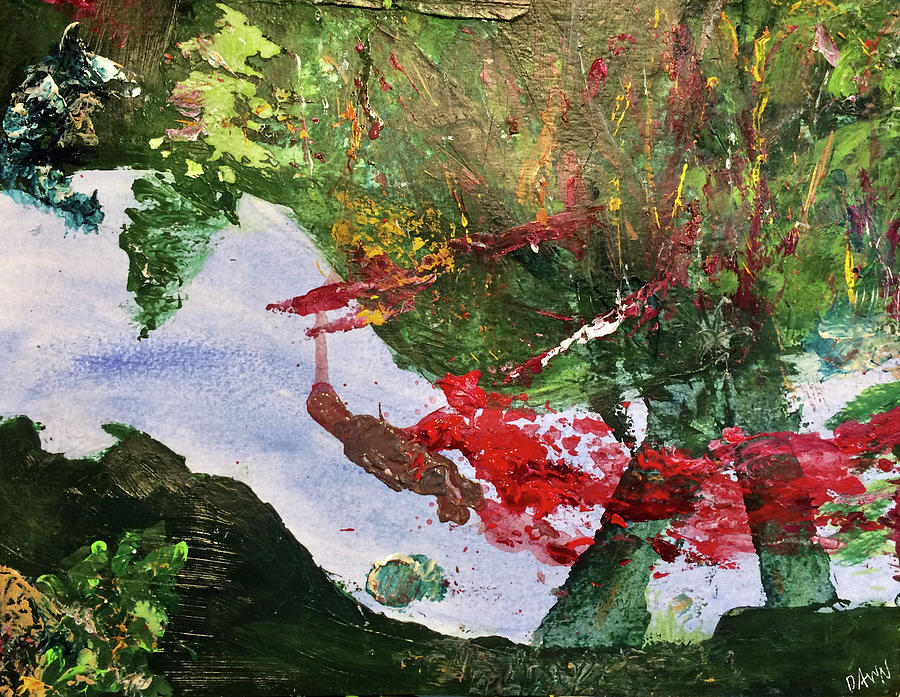 They rose early in the morning, following the River Aude. Spring had brought the South of France to life and, though still stunned by what had happened on the mountaintop, she was eager to see her boy. She thought of the coming celebration as he entered his 12th year and wondered where the time had gone.

While they were still many miles away she heard the plaintive howls of the wolf, their constant companion who never left the boy’s side, and she knew they had to pick up their pace. She remembered the shadowed signs in the skies over her valley the night before. The soldier who had become her friend took her hand and they moved more quickly through the cool of the early morning, the cries of the wolf growing every louder.

She saw Grey, the wolf, first by the shore and called out to him. But she did not need his answer. She saw, at the precise time his howl became a soft whimper, the body of her boy floating in a river running red.
The scene was incongruous, all the trees in disarray, like spears askew, their leaves matted and all the colors darkened. She had become a ghost of a tree and her shadow an ominous sign of a future foreboding.
Where was the light of day?

Her body shook with a violence. She threw up her arms, looking away then back again, thinking she must be dreaming from all that had happened these past weeks. But, again, she saw her Judah, the Little Lion, and blood rushing out into forever. Screaming now, she rushed toward the waters, but he held her back as the trapper and others came running to her to soothe her pain.

But she could not be consoled.

This painting is inspired by the two visits I made to the South of France in 2016 and by all I know by heart—soul memories from the life of Mary Magdalen.

Connect to your essential story of life with Their Grim Discovery from Dawn Richerson.