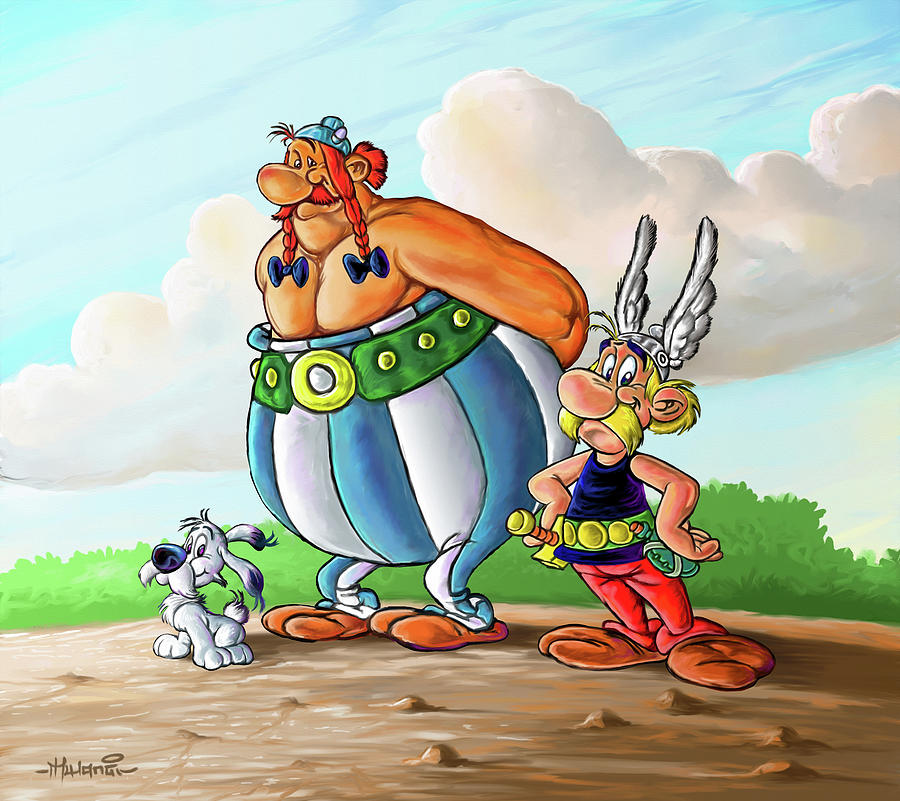 René Goscinny was a French comic editor and writer, who created the Astérix comic book series with illustrator Albert Uderzo, These two great gentlemen are now gone. But the characters they created will keep their creativity alive forever.

I was a great fun of Asterix as a series of comics. I have kept this collection up till today. The Characters are always the winners in their fights with the Romans. They say Asterix gets his superhuman strength from a magic potion brewed by their brilliant Druid Getafix. On the other hand, Obelix doesn’t need any magic potion because, apparently he fell into a cauldron of magic portion as a baby and it had a permanent effect on him. Since then, he has been superhumanly strong. What a story!!

We can’t forget the “Bloodhound” Dogmatix. This is one hell of a warrior! Little white doggie with an attitude!

Asterix and Tintin are both fictional characters but their fame is greater than most known movie Icons. It is hard to believe that characters who don’t really exist can have such great influence on several human generations and continue to do so up till today.

I take this opportunity to honor the great existence of René Goscinny and Albert Uderzo. RIP Great ARTISTS of all times!!

Well done on your wonderful sale.

Congratulations on your recent wonderful sale.

Congratulations on your sale! LF

Thanks John for the feature