The Thames In Ice 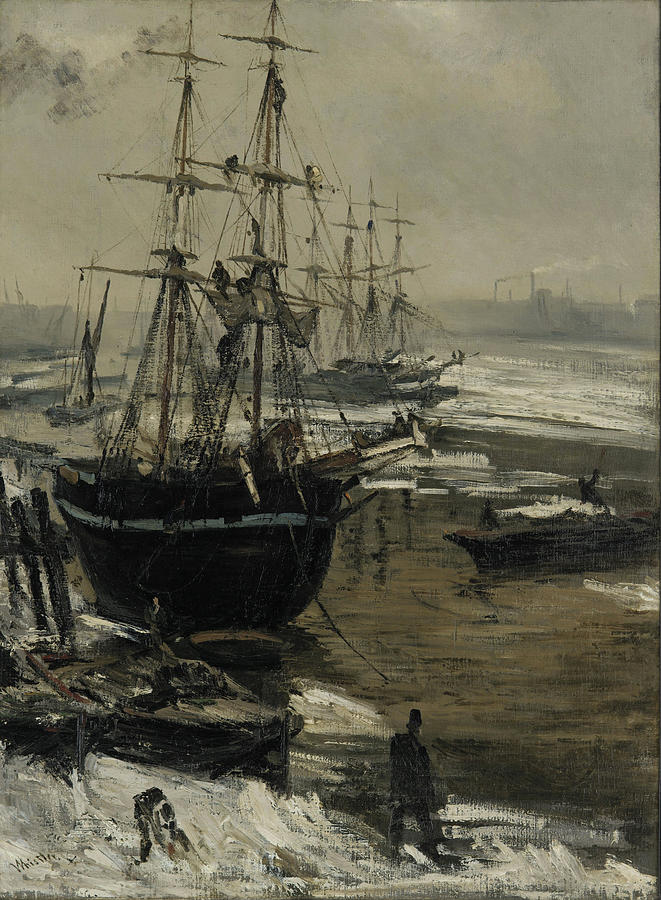 The Thames In Ice

This is a reproduction of “The Thames in ice” by James Abbott McNeill Whistler of 1860. The artist was twenty-six when he created this masterpiece having been born in Lowell, Massachusetts. He moved with his family to Saint Petersburg, Russia in 1843. When his father died six years later, the family moved to Connecticut. He was admitted to the military academy at West Point in 1851 He was dismissed and soon determined that an artist’s life was for him. He moved to Paris in 1855 and never returned to the United States. He made many artistic contacts in Paris and then moved to London where he exhibited is first work. It was while he was in London at this time that he produced this masterpiece. The next year he returned to Paris wher his painting of his mistress gained wide attendtion. In the later 1860’s he entered his Nocturne phase and in the 1870’s began concentrating on portraiture. In 1877 he mounted a sensational law suite against the critic John Ruskin and afterwards relocated to Venice for a commission. He returned to London where in 1886 he was elected president of the Society of British Artists. He had a large reputation and died in London in 1903. The masterpiece is an oil on canvas that measures 74.6 by 55.3 centimeters. It is in the Freer Gallery of Art within the Smithsonian Institution in Washington, DC.