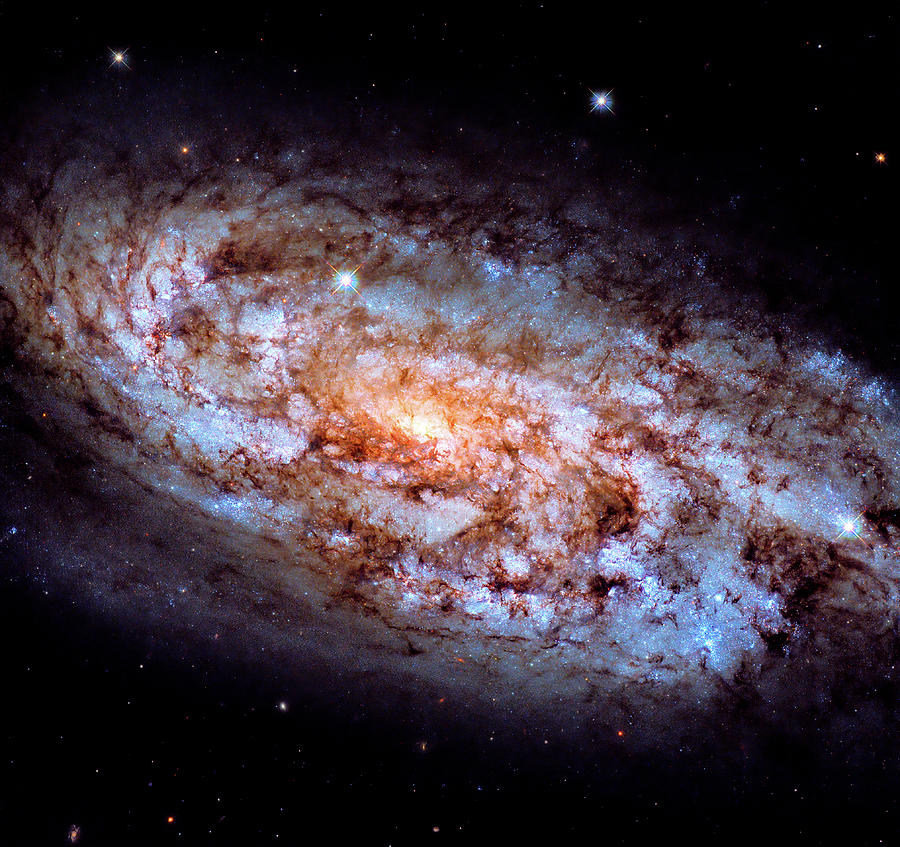 An orange glow radiates from the centre of NGC 1792, the heart of this stellar forge. Captured by the NASA/ESA Hubble Space Telescope, this intimate view of NGC 1792 gives us some insight into this galactic powerhouse. The vast swathes of tell-tale blue seen throughout the galaxy indicate areas that are full of young, hot stars, and it is in the shades of orange, seen nearer the centre, that the older, cooler stars reside.

Nestled in the constellation of Columba (The Dove), NGC 1792 is both a spiral galaxy, and a starburst galaxy. Within starburst galaxies, stars are forming at comparatively exorbitant rates. The rate of star formation can be more than 10 times faster in a starburst galaxy than in the Milky Way. When galaxies have a large resevoir of gas, like NGC 1792, these short lived starburst phases can be sparked by galactic events such as mergers and tidal interactions. One might think that these starburst galaxies would easily consume all of their gas in a large forming event. However, supernova explosions and intense stellar winds produced in these powerful starbursts can inject energy into the gas and disperse it. This halts the star formation before it can completely deplete the galaxy of all its fuel. Scientists are actively working to understand this complex interplay between the dynamics that drive and quench these fierce bursts of star formation.

I love galaxies and space. So wonderful this is. So vast and mysterious. F/L.