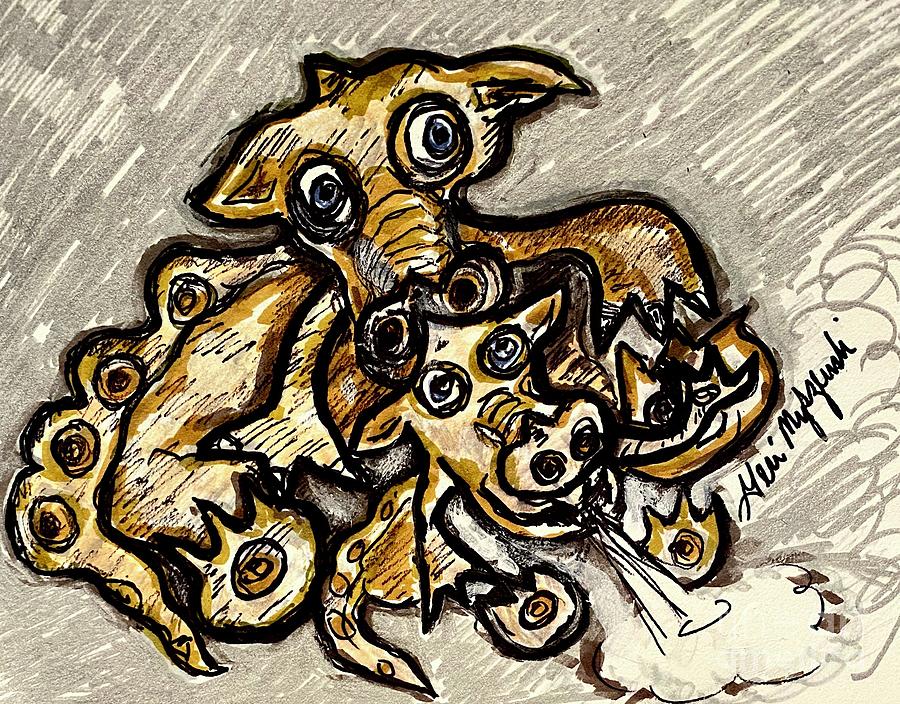 A dragon is a large, serpentine legendary creature that appears in the folklore of many cultures around the world. Beliefs about dragons vary drastically by region, but dragons in western cultures since the High Middle Ages have often been depicted as winged, horned, four-legged, and capable of breathing fire. Dragons in eastern cultures are usually depicted as wingless, four-legged, serpentine creatures with above-average intelligence. The earliest attested reports of draconic creatures resemble giant snakes. Draconic creatures are first described in the mythologies of the ancient Near East and appear in ancient Mesopotamian art and literature. Stories about storm-gods slaying giant serpents occur throughout nearly all Indo-European and Near Eastern mythologies.

👍Congratulations, your beautiful and interesting work has been featured in Polish Painters Palette Group.