The Rock Of Wreck Island 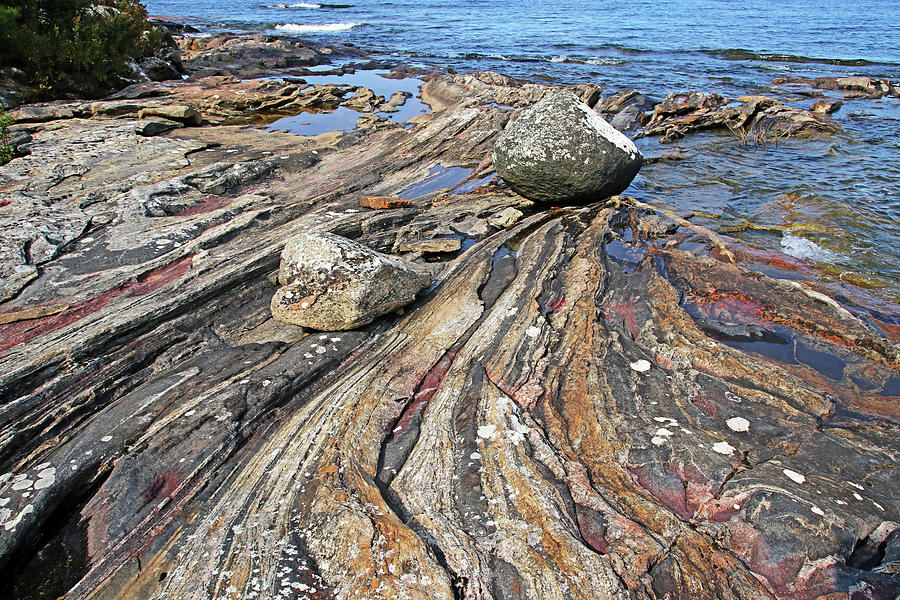 The Rock Of Wreck Island

"The Rock Of Wreck Island" by Debbie Oppermann. Wreck Island, Georgian Bay, Massasauga Provincial Park, Ontario, Canada, is important not only for the diversity of rock types it contains but also for the processes and interactions of the earth's crust that have occurred here.The twisted and folded rocks are evidence of the incredible tectonic forces that have shaped this island. The landscape represents an ancient erosional surface exposing rocks thought to have been once some 20 -30 kilometers deep in the earth's crust. Glaciation has also contributed to sculpting the park's landscape. It was a glorious day spent on this stunningly beautiful island and I was in heaven exploring the shore and marvelling in the rocky landscape.

Great capture of the textures and colors.

Congratulations on April 29 2021 for this wonderful image being featured in Surfaces and Textures!

On The Road, Au - Australia

Your beautiful artwork has been featured in the "Travel Art" gallery at Fine Art America! L&F. For further promotion, you can post it to the specific Travel Destinations galleries, our Pinterest board and our Facebook group - All the links are provided on our group's homepage.

Love the colors and textures of this awesome image!

Beautiful capture of The Rock Of Wreck Island Debbie