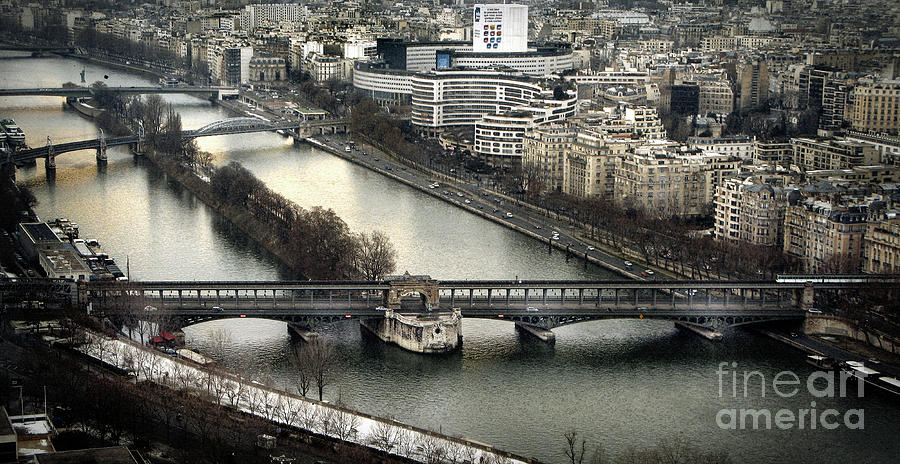 Almost any city situated near water is changed by that relationship between the static and the constantly moving. On a metaphysical level, the water is a type of mirror in which the city finds its own reflection. For centuries, poets, painters, philosophers, novelists, architects, lovers, suicides, and finally, tourists, have understood this powerful attraction. The river Seine flows right through the heart of Paris bordering 10 of the 20 arrondisements. It was no accident that the city evolved around this gigantic avenue for commerce and transportation, or that the early Parisi tribes on the river's island were attacked and overthrown by the Romans. This early coup took place on what was later to become some very prime real estate. At that time the river was called by it's Latin name: Sequana. The river is still the chief commercial waterway and half of the water used in Paris still comes form the Seine. Don't think about that when you look at the sick green water flowing under the bridge, or when your waiter brings you a glass of tap water. ( A Paris Guide )