The Princes In The Tower 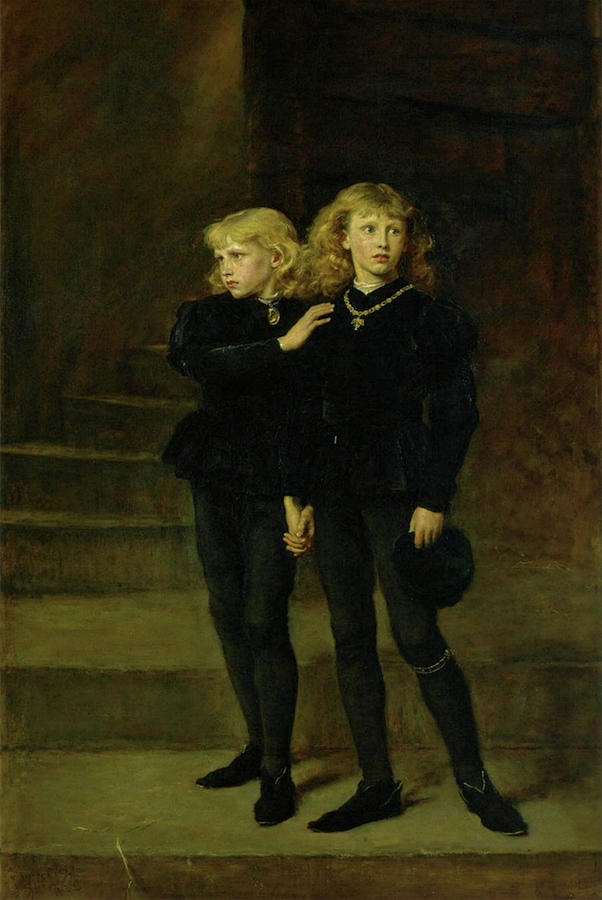 The Princes In The Tower

This is a reproduction of “The Two Princes Edward and Richard in the Tower”of 1877 by John Everett Millais. He was forty-eight years old when he created this work. The scene shows the plight of the young sons of Edward IV who were imprisoned in the Tower of London by their uncle Richard III. Millais was attempting to depict the scene with a view towards historical accuracy. The Artist was a child prodigy and entered the Royal Academy Schools at the age of eleven in 1840. While in the schools he met William Hunt and Dante Rossetti with whom he founded the Brotherhood in 1848 at the age of nineteen. His Christ in the House of his Parents drew him controversial attention within two years and English Art circle were divided in their opinions regarding the new movement. He married the recently divorced wife of an art critic who defended the movement and this drew more controversy to the young Millais. In his later career he began to draw away from the Pre-Raphaelite style and approached more closely the manner of Joshua Reynolds and Velazquez. He entered the Royal Academy of Arts in 1853 and in 1885 he was created a baronet by Queen Victoria. He died in 1896. This painting is an oil on canvas and measures 65.75 by 43.75 inches. It is in the Royal Holloway Collection of the University of London.