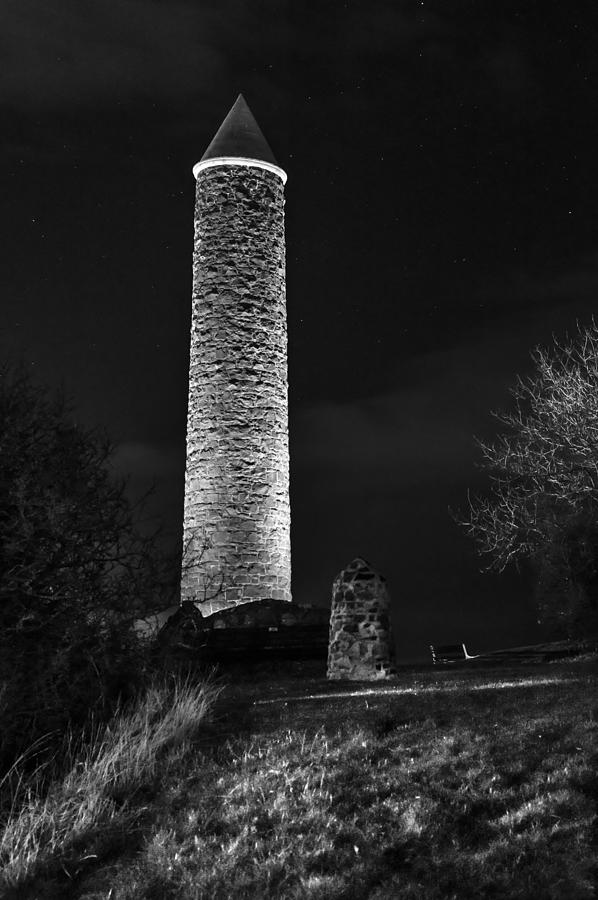 The monument known as The Pencil stands overlooking the River Clyde at the south end of Largs on the Ayrshire coast of Scotland. Erected to commemorate the Battle of Largs which took place in 1263, the story goes that the battle was won when one of the Viking invaders, attacking from the sea under cover of darkness, stood on a thistle and alerted the locals with his shrieks of pain. Permanent illuminations have been installed this year ensuring that this popular landmark is visible on even the darkest night, unlike that thistle!