The Lone Ranger B W 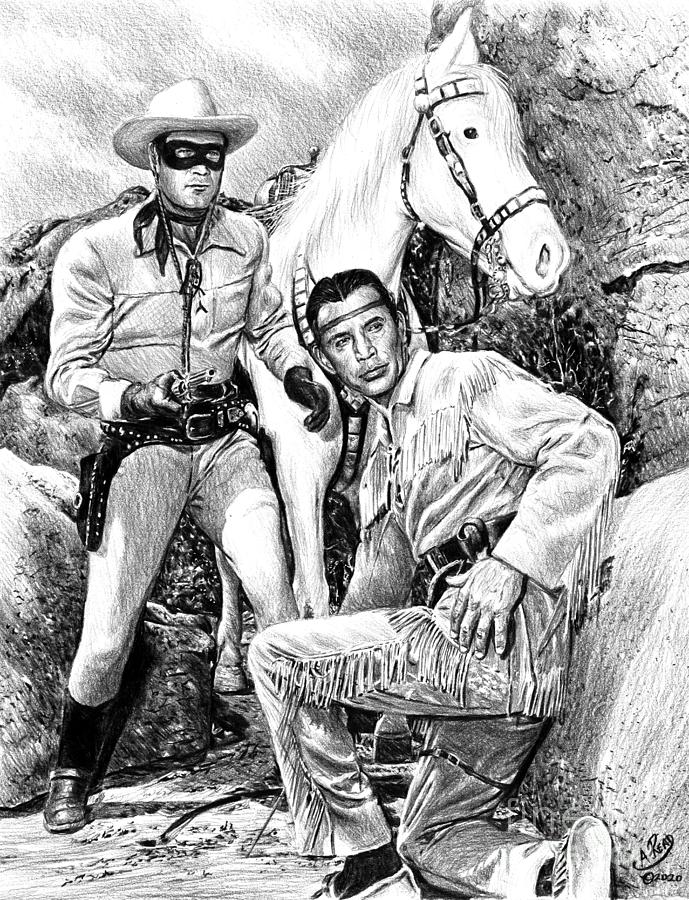 The Lone Ranger B W

A pencil drawing (hand drawn) of the classic T.V. Show "The Lone Ranger"

The Lone Ranger is a fictional masked former Texas Ranger who fought outlaws in the American Old West with his Native American friend, Tonto. The character has been called an enduring icon of American culture.

He first appeared in 1933 in a radio show on WXYZ (Detroit), conceived either by station owner George W. Trendle or by Fran Striker,[8] the show's writer. The radio series proved to be a hit and spawned a series of books (largely written by Striker), an equally popular television show that ran from 1949 to 1957, comic books, and several movies. The title character was played on the radio show by Earle Graser for some 13,000 episodes but three others preceded him, according to The New York Times: "a man named Deeds, who lasted only a few weeks; a George Stenius [actually George Seaton according to the Los Angeles Times] and then Brace Beemer; the latter became the narrator of the program.

Clayton Moore portrayed the Lone Ranger on television although, during a contract dispute, Moore was replaced temporarily by John Hart, who wore a different style of mask. On the radio, Tonto was played by, among others, John Todd and Roland Parker; and in the television series, by Jay Silverheels, who was a Mohawk from the Six Nations Indian Reserve in Ontario, Canada.

Congratulations on your tie for a 3d place win in the Fictional Tv And Movie Characters contest! l/f

It is with great pleasure that I announce to you a big congratulations for this chosen piece of your artwork to be on special display on the homepage of our community of friends and fine artists, in our Wisconsin Flowers and Scenery group. I appreciate your activity in our group and want to thank you so much for being an active participant in helping promote other fine artists within the group. Usually in turn, such promotions bring promotions of your artwork into perspective and are featured on our homepage. One good turn deserves another. Your quality, definition, character, and variation in your works bring about a visual pleasure to view and share with others. Thanks for your participation in our family of friends and fine artists in our WFS group.

Thank you David for the feature!

Thanks very much David :)