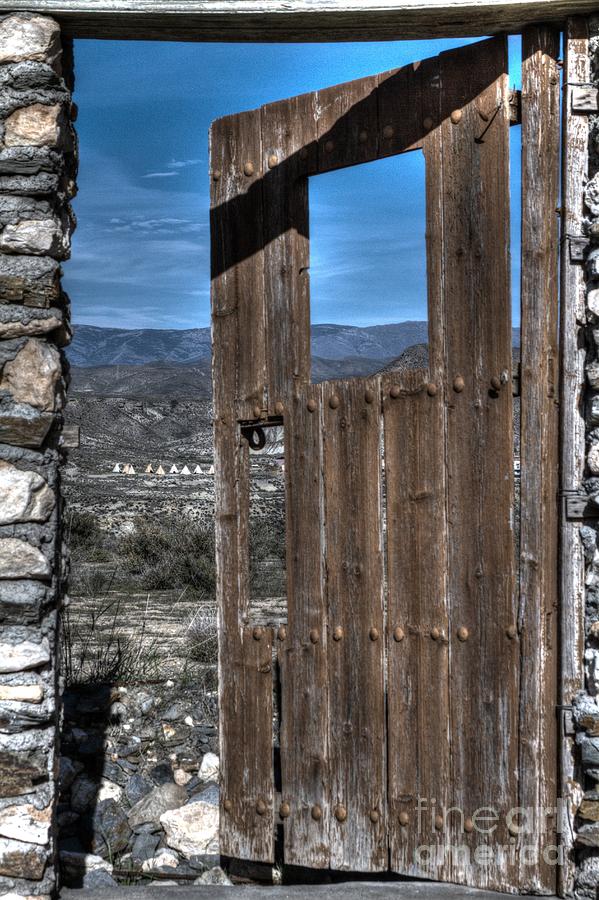 Tabernas Desert (Spanish Desierto de Tabernas), located in the province of Almerica, in the region of Andalusia in Spain, is very similar to the North American deserts, to northern Africa, the Arabian deserts. Because of its lunar landscape this region served from 1950s and onwards for the shooting of many films and westerns (the spaghetti westerns) making the area famous around the world.

Thank you very much, Az!

Congratulations on your wonderful sale.

Hi Olivia, thanks a lot for your kind feedback! Unfortunately it's not possibly to delete a double post. But, it's not a problem at all!

Sorry about the double post. I don't know how to take the second one off.

Hi Heiko, thanks for become part of the group: “1per Category-BALCONY WINDOW AND DOORS PHOTOGRAPHY”. Appreciate it! Your Gallery is very nice. Congratulation!

Hi Ivete, what wonderful news to be featured in your great group "Balcony Window and Doors Photography". Thank you so much also for your kind welcoming words and support! ..... Heiko and Helga

Hi Heiko your Artwork is featured at: “1per Category-BALCONY WINDOW AND DOORS PHOTOGRAPHY”. Beautiful! Voted

Heiko, I do so enjoy Robert Frost, and it is wonderful with this intriguing door. Love the textures of the wood, and the framing of the composition. Where did you find it? voted

Hi Cheri, first let us thank you for your kind words and vote. This is a photo captured by Helga in the Tabernas Desert (in Spanish: Desierto de Tabernas)in Spain. It is located in the province of Almeria. Because of its similarities with the North American deserts like the Far West of the American West, northern Africa, the Arabian deserts, and its lunar landscape, served from 1950s and is still used today for the shooting of many films and westerns and some of the buildings still remain there unused! ... Greetings from Andalucia, Heiko and Helga