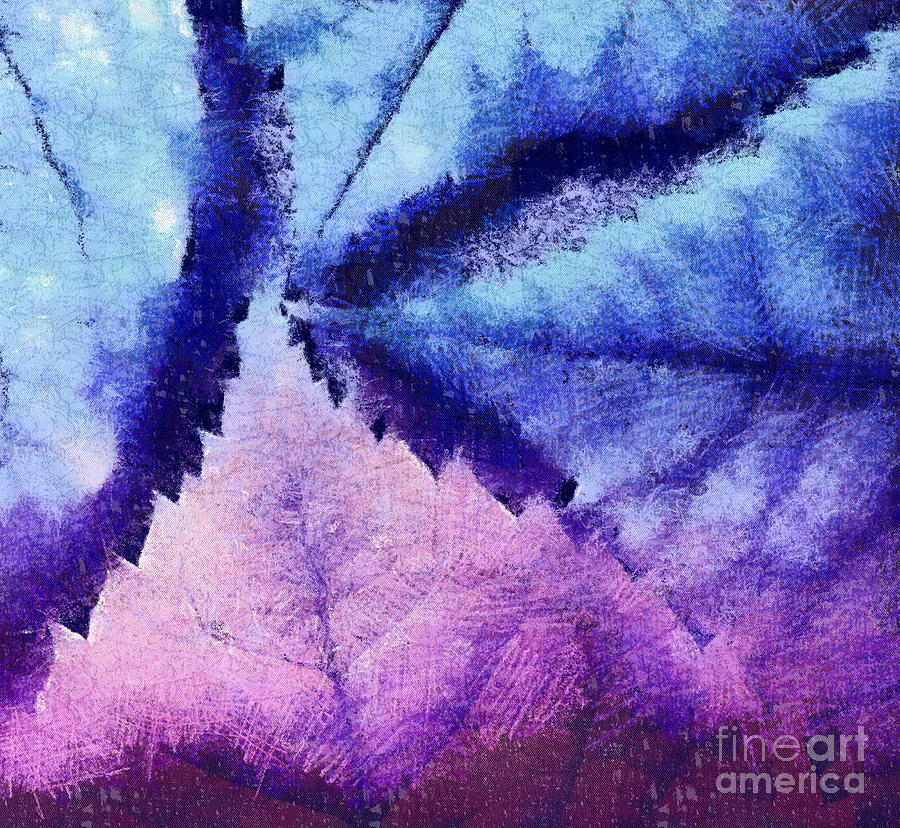 A leaf is an organ of a vascular plant, as defined in botanical terms, and in particular in plant morphology. Foliage is a mass noun that refers to leaves as a feature of plants.Typically leaves are flat and thin, thereby maximising the surface area directly exposed to light and promoting photosynthetic function. Externally they commonly are arranged on the plant in such ways as to expose their surfaces to light as efficiently as possible without shading each other, but there are many exceptions and complications; for instance plants adapted to windy conditions may have pendent leaves, such as in many willows and Eucalyptus.

Likewise, the internal organisation of most kinds of leaves has evolved to maximise exposure of the photosynthetic organelles, the chloroplasts, to light and to increase the absorption of carbon dioxide. Most leaves have stomata, which open or narrow to regulate the exchange of carbon dioxide, oxygen, and water vapour with the atmosphere.

In contrast however, some leaf forms are adapted to modulate the amount of light they absorb to avoid or mitigate excessive heat, ultraviolet damage, or desiccation, or to sacrifice light-absorption efficiency in favour of protection from herbivorous enemies. Among these forms the leaves of many xerophytes are conspicuous. For such plants their major constraint is not light flux or intensity , but heat, cold, drought, wind, herbivory, and various other hazards.[3] Typical examples among such strategies are so-called window plants such as Fenestraria species, some Haworthia species such as Haworthia tesselata and Haworthia truncata[4] and Bulbine mesembryanthemoides.[5]

The shape and structure of leaves vary considerably from species to species of plant, depending largely on their adaptation to climate and available light, but also to other factors such as grazing animals, available nutrients, and ecological competition from other plants. Considerable changes in leaf type occur within species too, for example as a plant matures; as a case in point Eucalyptus species commonly have isobilateral, pendent leaves when mature and dominating their neighbours; however, such trees tend to have erect or horizontal dorsiventral leaves as seedlings, when their growth is limited by the available light. [6] Other factors include the need to balance water loss at high temperature and low humidity against the need to absorb atmospheric carbon dioxide. In most plants leaves also are the primary organs responsible for transpiration and guttation.

Leaves can also store food and water, and are modified accordingly to meet these functions, for example in the leaves of succulent plants and in bulb scales. The concentration of photosynthetic structures in leaves requires that they are richer in protein, minerals, and sugars, than say, woody stem tissues. Accordingly leaves are prominent in the diet of many animals. This is true for humans, for whom leaf vegetables commonly are food staples.
A leaf shed in autumn.

Correspondingly, leaves represent heavy investment on the part of the plants bearing them, and their retention or disposition are the subject of elaborate strategies for dealing with pest pressures, seasonal conditions, and protective measures such as the growth of thorns and the production of phytoliths, lignins, tannins and poisons.

Deciduous plants in frigid or cold temperate regions typically shed their leaves in autumn, whereas in areas with a severe dry season, some plants may shed their leaves until the dry season ends. In either case the shed leaves may be expected to contribute their retained nutrients to the soil where they fall.

In contrast, many other non-seasonal plants, such as palms and conifers, retain their leaves for long periods; Welwitschia retains its two main leaves throughout a lifetime that may exceed a thousand years.

Not all plants have true leaves. Bryophytes (e.g., mosses and liverworts) are non-vascular plants, and, although they produce flattened, leaf-like structures that are rich in chlorophyll, these organs differ morphologically from the leaves of vascular plants; For one thing, they lack vascular tissue. Vascularised leaves first evolved following the Devonian period, when carbon dioxide concentration in the atmosphere dropped significantly. This occurred independently in two separate lineages of vascular plants: the microphylls of lycophytes and the euphylls ("true leaves") of ferns, gymnosperms, and angiosperms. Euphylls are also referred to as macrophylls or megaphylls ("large leaves").

Typically a leaf is a thin, flattened organ borne above ground and specialized for photosynthesis, but many types of leaves are adapted in ways almost unrecognisable in those terms: some are not flat (for example many succulent leaves and conifers), some are not above ground (such as bulb scales), and some are without major photosynthetic function (consider for example cataphylls, spines, and cotyledons).

Conversely, many structures of non-vascular plants, or even of some lichens, which are not plants at all (in the sense of being members of the kingdom Plantae), do look and function much like leaves. Furthermore, several structures found in vascular plants look like leaves but are not actually leaves; they differ from leaves in their structures and origins. Examples include phyllodes, cladodes, and phylloclades.

Great use of these leaves details to create a beautiful abstract painting!

Many thanks for yours nice comments