The Lady Of Shalot 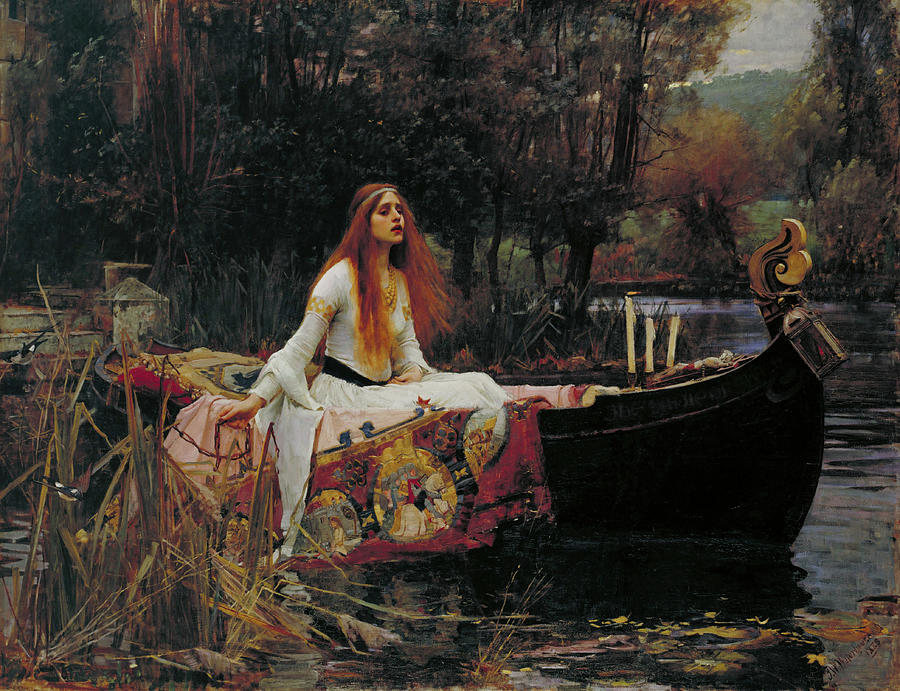 The Lady Of Shalot

A reproduction of "The Lady of Shalot" of 1888 by John William Waterhouse. This work was inspired by Alfred, Lord Tennyson's poem by the same name of 1883. The lady is cursed to see the world only through a reflections but, spying the irresistible Lancelot by chance, she cannot resist the temptation of looking at him directly. Her punishment is to drift in a boat downstream towards Camelot singing her last long and dying before reaching Arthur's capital. The original painting is in the Tate Gallery in London. Waterhouse often re-created scenes from the world of myth as did many of his fellow Pre-Raphaelites. Waterhouse was born to English painters in Rome who returned to England when he was five years old. He entered the Royal Academy of Art school in 1871 when he was aged 21 and within three years he had a successful painting. For the next forty years Waterhouse maintained his success and continued painting until his last illness made production impossible in 1915. He died two years later.