The Ladies On The Altar 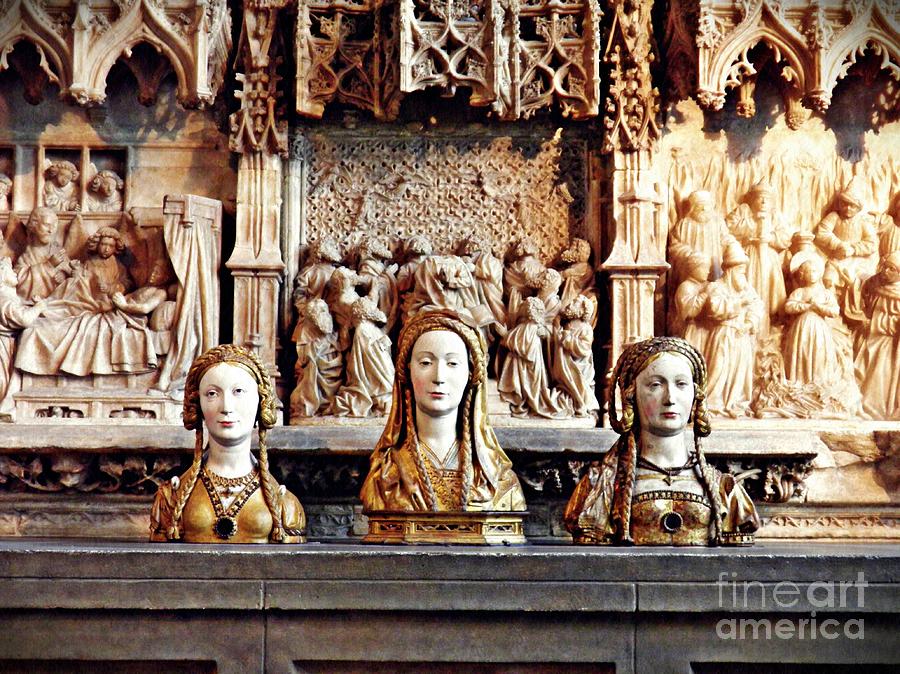 The Ladies On The Altar

These three reliquary cases in the shape of female heads sitting on an altar table in the Boppard Room of the Cloisters Museum in New York City struck me as a bit surreal. The room's name comes from the stained glass windows (not in the photo) which originated the Carmelite church of Boppard on the Rhine near Koblenz, Germany. The busts are now thought to be 16th century Belgian and to represent companions of Saint Ursula. They were once thought to be Spanish.

Per Wikipedia: The Cloisters is a museum in Upper Manhattan, New York City specializing in European medieval architecture, sculpture and decorative arts, and is part of the Metropolitan Museum of Art. Its early collection was built up by the American sculptor, art dealer and collector George Grey Barnard, and acquired by John D. Rockefeller, Jr. in 1925. Rockefeller extended the collection and in 1931 purchased the site at Washington Heights and contracted the design for the Cloisters building.

Featured in the Out of the Ordinary group, October 2019.

Thank you, Lyric! I appreciate the feature.

Great image!. I love the compostition and these images. I love religious art.

An amazing setting. We loved being there and I love this photograph! F/L

Wonderful capture..Love the details and composition in your work !