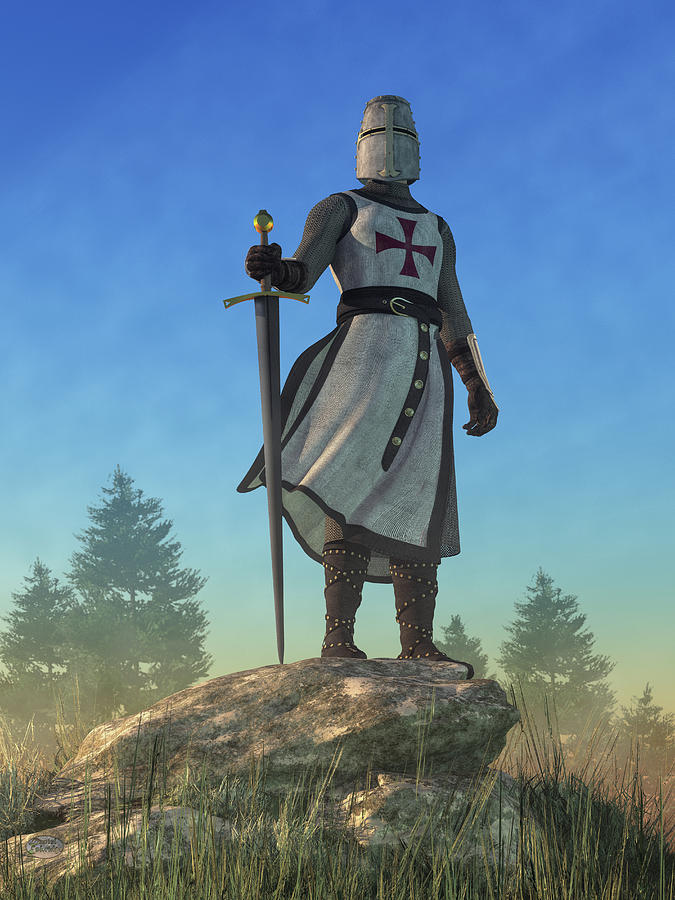 Upon a pile of rocks stands a mighty knight in armor. Protected by a bucket helmet and mail armor beneath a tabard bearing the symbol of a red cross, he holds a massive sword at his side. This is a Templar knight.
The Knights Templar were an order of knights that existed for nearly two centuries during the middle ages. In popular culture, they are often depicted as both villains and heroes in movies and novels set during the middle ages. They were heavily associated with the crusades and as they came to an end, so too did their influence. They were very wealthy and formed an early version of a bank in Europe loaning money to kings and other nobles. Eventually, the king of France had them outlawed with the help of the Pope (possible to get out of his debts to them). They are also one of the most common subjects of conspiracy theories.
I've been watching a TV series lately called Knight Fall which inspired me somewhat to create this.

I made this scene using 3d rendering (CGI) techniques as well as some digital painting techniques.

Wonderful! Congratulations on your sale!

An awe-inspiring, commanding depiction. And that could be anyone in there.....F/L