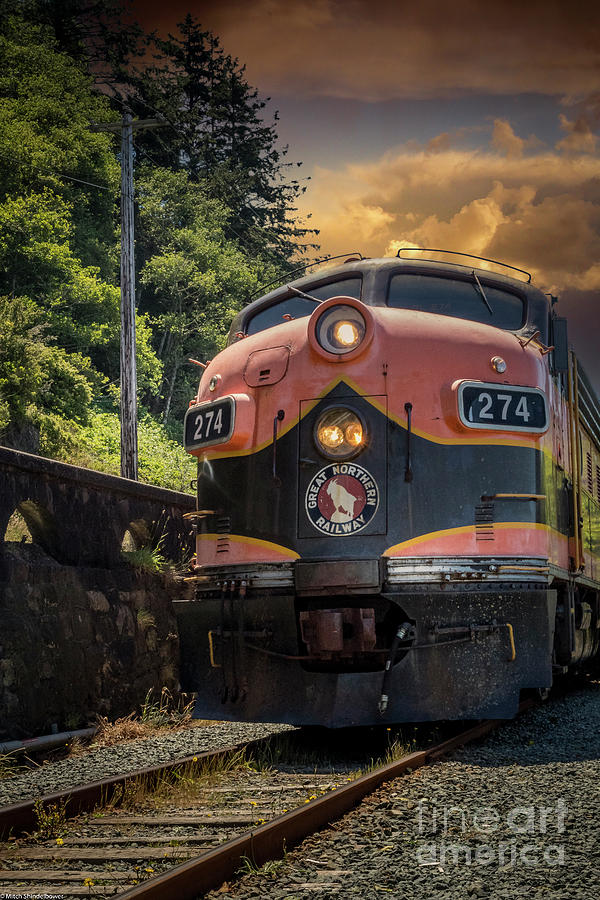 The Great Northern was built in stages, slowly to create profitable lines, before extending the road further into the undeveloped Western territories. In a series of the earliest public relations campaigns, contests were held to promote interest in the railroad and the ranchlands along its route. Fred J. Adams used promotional incentives such as feed and seed donations to farmers getting started along the line. Contests were all-inclusive, from largest farm animals to largest freight carload capacity and were promoted heavily to immigrants and newcomers from the East.[3]

The very first predecessor railroad to the company was the St. Paul and Pacific Railroad owned by William Crooks. He had gone bankrupt running a small line between St. Paul and Minneapolis. He named the locomotive he ran for himself and the William Crooks would be the first locomotive of the Great Northern Railway. J.J. Hill convinced New York banker John S. Kennedy, Norman Kittson (a wealthy fur trader friend), Donald Smith (a Hudson's Bay Company executive), George Stephen (Smith's cousin and president of the Bank of Montreal), and others to invest $5.5 million in purchasing the railroad.[4] On March 13, 1878, the road's creditors formally signed an agreement transferring their bonds and control of the railroad to J.J. Hill's investment group.[5] On September 18, 1889, Hill changed the name of the Minneapolis and St. Cloud Railway (a railroad which existed primarily on paper, but which held very extensive land grants throughout the Midwest and Pacific Northwest) to the Great Northern Railway. On February 1, 1890, he consolidated his ownership of the StPM&M, Montana Central Railway, and other rail lines to the Great Northern.[6]

The Great Northern had branches that ran north to the Canada–US border in Minnesota, North Dakota, and Montana. It also had branches that ran to Superior, Wisconsin, and Butte, Montana, connecting with the iron range of Minnesota and copper mines of Montana. In 1898 Hill purchased control of large parts of the Messabe Iron Range in Minnesota, along with its rail lines. The Great Northern began large-scale shipment of ore to the steel mills of the Midwest.[7]

Revenue freight traffic, in millions of net ton-miles (incl FG&S; not incl PC or MA&CR)
Year Traffic
1925 8521
1933 5434
1944 19583
1960 15831
1967 17938
Source: ICC annual reports
The railroad's best-known engineer was John Frank Stevens, who served from 1889 to 1903. Stevens was acclaimed for his 1889 exploration of Marias Pass in Montana and determined its practicability for a railroad. Stevens was an efficient administrator with remarkable technical skills and imagination. He discovered Stevens Pass through the Cascade Mountains, set railroad construction standards in the Mesabi Range, and supervised the construction of the Oregon Trunk Line. He then became the chief engineer of the Panama Canal.[8]

The logo of the railroad, a Rocky Mountain goat, was based on a goat William Kenney, one of the railroad's presidents, had used to haul newspapers as a boy.

Such An Excellent Picturesque Train Scene! Love It! L/F

Beautiful train and beautiful composition and shot! I love it!