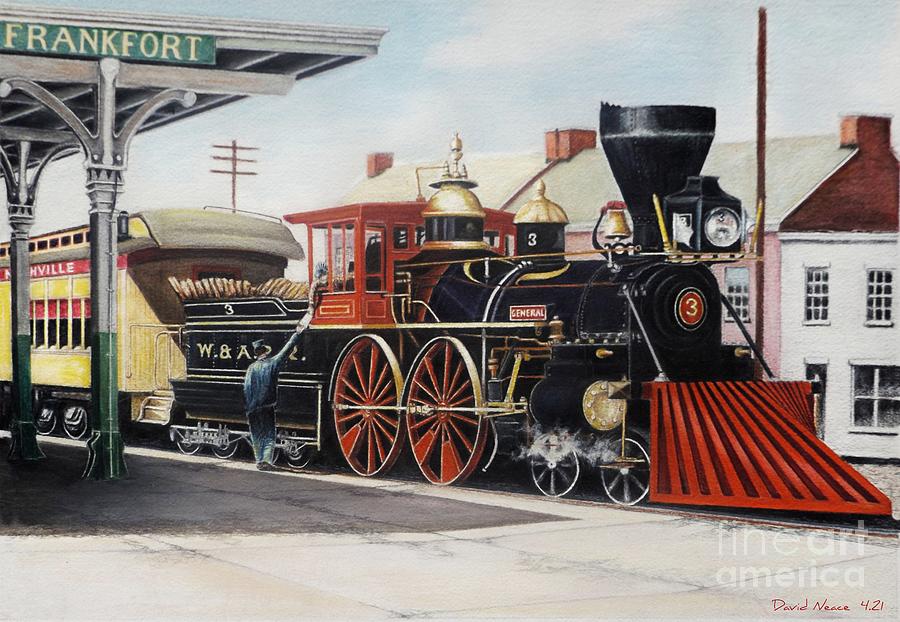 Western & Atlantic Railroad #3 General is a 4-4-0 "American" type steam locomotive built in 1855 by the Rogers, Ketchum & Grosvenor in Paterson, New Jersey for the Western & Atlantic Railroad, best known as the engine stolen by Union spies in the Great Locomotive Chase. This was an attempt to cripple the Confederate rail network during the American Civil War. Today, the locomotive is preserved at the Southern Museum of Civil War and Locomotive History in Kennesaw, Georgia, and is listed on the National Register of Historic Places.

The Great Locomotive Chase (also known as the Andrews' Raid or Mitchel Raid) was a military raid that occurred April 12, 1862, in northern Georgia during the American Civil War. Volunteers from the Union Army, led by civilian scout James J. Andrews, commandeered a train, The General, and took it northward toward Chattanooga, Tennessee, doing as much damage as possible to the vital Western and Atlantic Railroad (W&A) line from Atlanta to Chattanooga as they went. They were pursued by Confederate forces at first on foot, and later on a succession of locomotives, including The Texas, for 87 miles (140 km).

Because the Union men had cut the telegraph wires, the Confederates could not send warnings ahead to forces along the railway. Confederates eventually captured the raiders and quickly executed some as spies, including Andrews; some others were able to flee. Some of the raiders were the first to be awarded the Medal of Honor by the US Congress for their actions. As a civilian, Andrews was not eligible.

In 1958 Walt Disney made the movie "The Great Locomotive Chase". I well remember going with my dad to see the movie.

A beauty! Both the subject matter and the rendering are gorgeous! LF

An excellent rendering with such an interesting history!! Great work David!!

HH Photography of Florida  9 Days Ago

Fabulous drawing of this old train!

Congratulations, your creative and unique art work is Featured on the homepage of the "Out Of The Ordinary 1 A Day" group! 4/25/21 l/f/pin So much talent!

This is wonderful! I just started back using colored pencils, I hope to be this accomplished with them. L/F

Wow, David ... this is such a beautiful train ... and such gorgeous artwork!!! I can get lost in the details and the fabulous lines!!! l/f t p and fb

What a wonderful thing! You recreated this old old photograph and preserved it forever! l/f/t

A beautiful creation and work.

Beautiful drawing with all details and colors! l/f

That is really nice!

Love this David, your work is amazing!!!

So wow! All your paintings are so great!