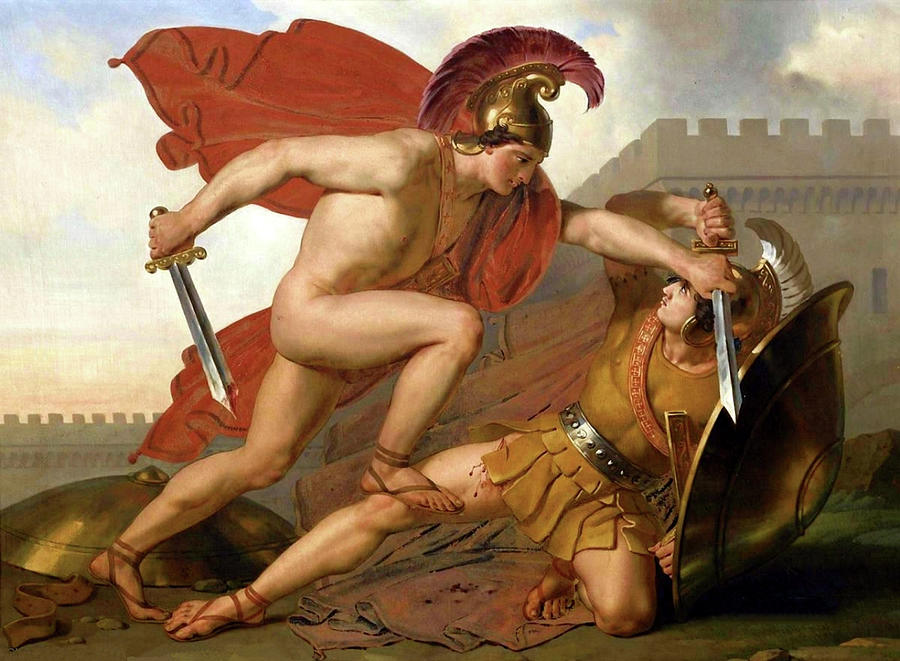 This pupil of Jacques Louis David was born in Montargis, France and was brought up by his adoptive father after the early death of both of his parents. He entered the school of Jacques Louis David and won the Prix de Rome with his Story of Joseph and His Brethren in 1789. He won great popularity in the Salon of 1793 which popularity continued. He was a member of the Academy of Painting, a knight of the Order of St. Michael and and officer of the Legion of Honor. He had many students and his decline in energy became apparent in 1812. He died in 1824 in Pairs leaving a great legacy both in paintings and students. This masterpiece of fhis, Le combat, is in the Chateau de Compiegne.