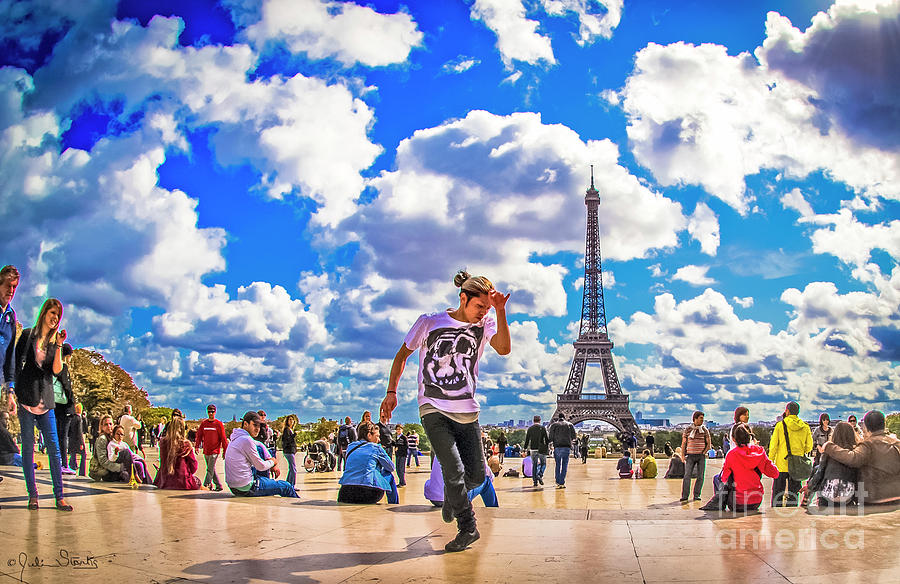 A street performer lights it up in front of the Eiffel Tower.