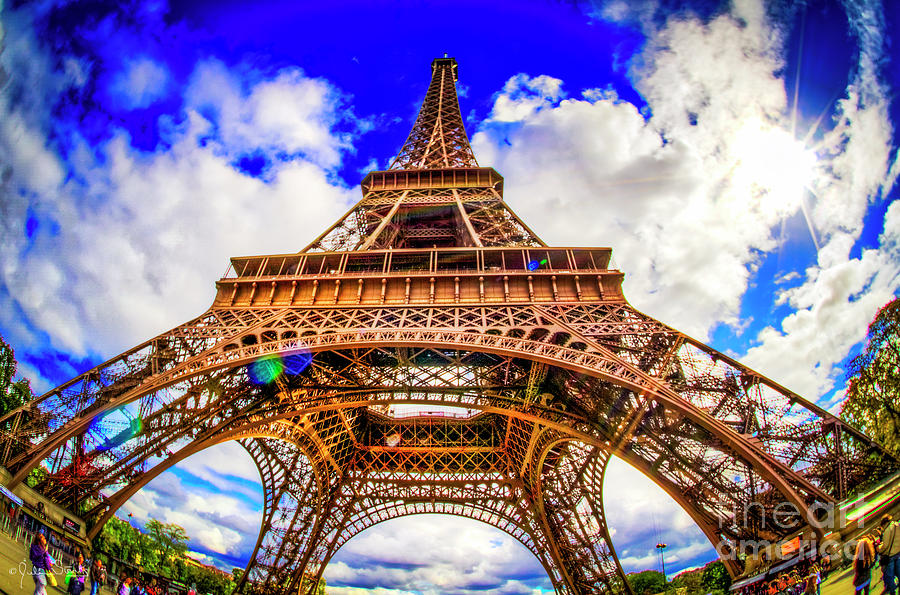 A fish-eyed view of clouds abound and sparkling Sunrays, this beautiful summer afternoon is the setting for this extraordinary photo of the iconic Eiffel Tower.