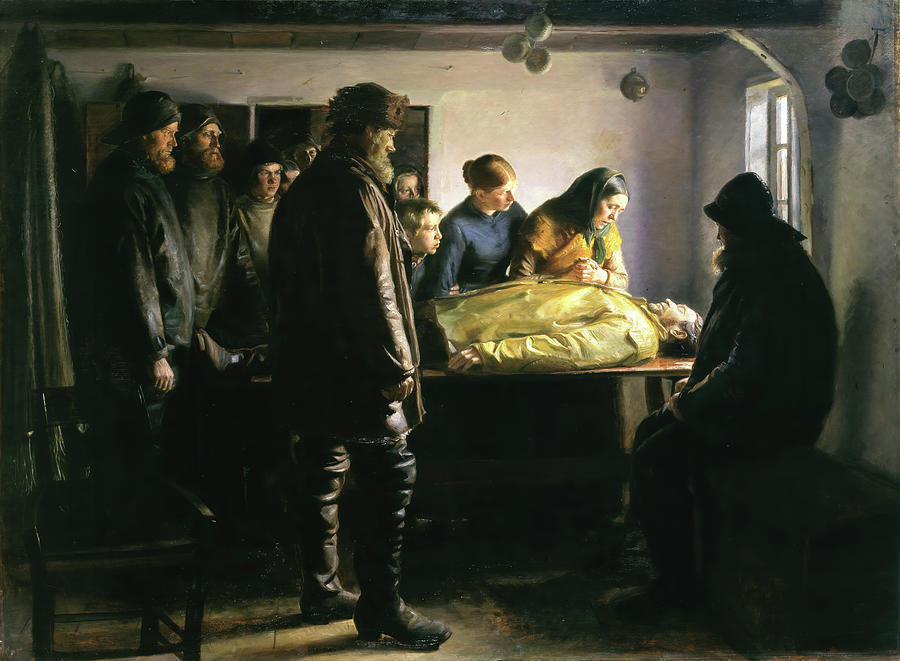 Description: Michael Ancher got the idea for this painting after a dramatic event in 1894 in which two fishermen drowned at work. One of them was the fisherman and rescuer Lars Kruse, who became famous in Denmark in 1879 because Holger Drachmann wrote a short story about his heroism. Several national newspapers thus wrote about Kruse’s funeral. The other person who drowned was a young man. Ancher painted many pictures of fishermen in the 1870s and 80s, and The drowned was his last major figure composition with fishermen as the subject matter. The image space is constructed as a scene in which the two fishermen in the foreground have stepped to the side, exposing to the viewer the table with the drowned man. The oppressive atmosphere is emphasized by the serious faces of the fishermen and the drowned man is highlighted by the yellow raincoat and the light streaming in from the window.

His detail in expressions is amazing. vlf