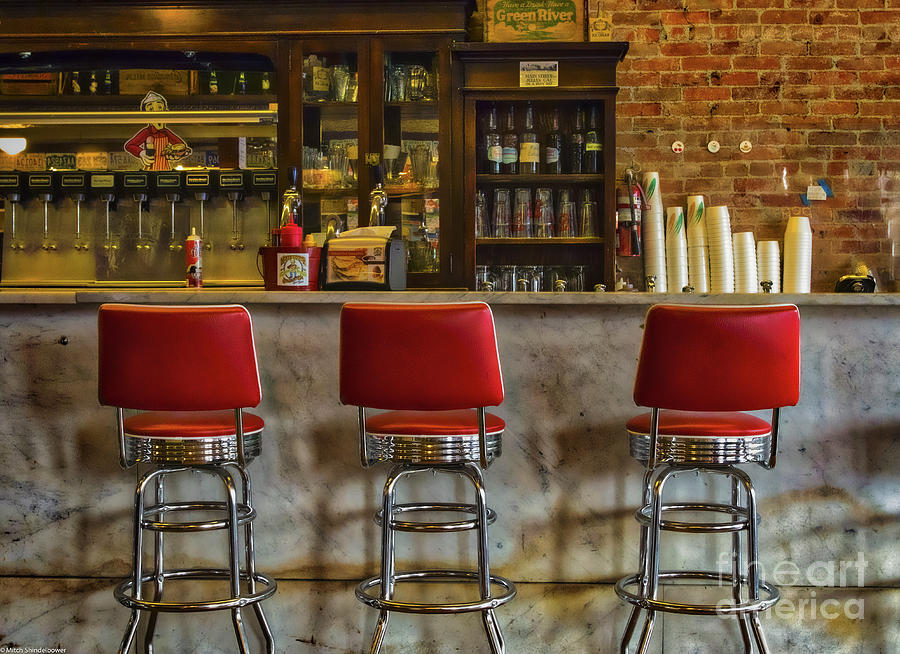 The Diner..A diner is a small restaurant found predominantly in the Northeastern United States and Midwestern United States, as well as in other parts of the US, Canada, and parts of Western Europe and Lebanon. Diners offer a wide range of foods, mostly American cuisine, a casual atmosphere, and, characteristically, a combination of booths served by a waitstaff and a long sit-down counter with direct service, in the smallest simply by a cook. Most diners have extended hours, and some along highways and areas with significant shift work stay open for 24 hours.

Even today[when?] many diners share an archetypal exterior form. Some of the earliest were converted rail cars, retaining their streamlined structure and interior fittings. From the 1920s to the 1940s, diners, by then commonly known as "lunch cars", were usually prefabricated in factories, like modern mobile homes, and delivered on site with only the utilities needing to be connected. As a result, many early diners were typically small and narrow in order to fit onto a rail car or truck. This small footprint also allowed them to be fitted into tiny and relatively inexpensive lots that otherwise were unable to support a larger enterprise. Diners were historically small businesses operated by the owner, with some presence of restaurant chains evolving over time.

Diners typically serve staples of American cuisine such as hamburgers, french fries, club sandwiches, and other simple, quickly cooked, and inexpensive fare, such as meatloaf. Much of the food is grilled, as early diners were based around a gas-fueled flat-top. Coffee is a diner staple. Diners often serve hand-blended milkshakes and desserts such as pies, which are typically displayed in a glass case. Comfort food cuisine draws heavily from, and is deeply rooted in, traditional diner fare.

Classic American diners often have an exterior layer of stainless steel siding—a feature unique to diner architecture. In some cases, diners share nostalgic, retro style features also found in some restored drive-ins and old movie theatres...
A crude precursor of the diner was created in 1872 by Walter Scott, who sold food out of a horse-pulled wagon to employees of the Providence Journal, in Providence, Rhode Island. Scott's diner can be considered the first diner with walk-up service, as it had windows on each side of the wagon.[citation needed] Commercial production of such "lunch wagons" began in Worcester, Massachusetts, in 1887, by Thomas Buckley. Buckley was successful and became known for his "White House Cafe" wagons. Charles Palmer received the first patent (1893) for the diner, which he billed as a "Night-Lunch Wagon." He built his "fancy night cafes" and "night lunch wagons" in the Worcester area until 1901.

Great shot Mitch! Diners always have so much character and you have photographed this one beautifully! l/f

Nice shot of the diner! L

Lovely image and its colors composition.