The Dash Of An Imperial 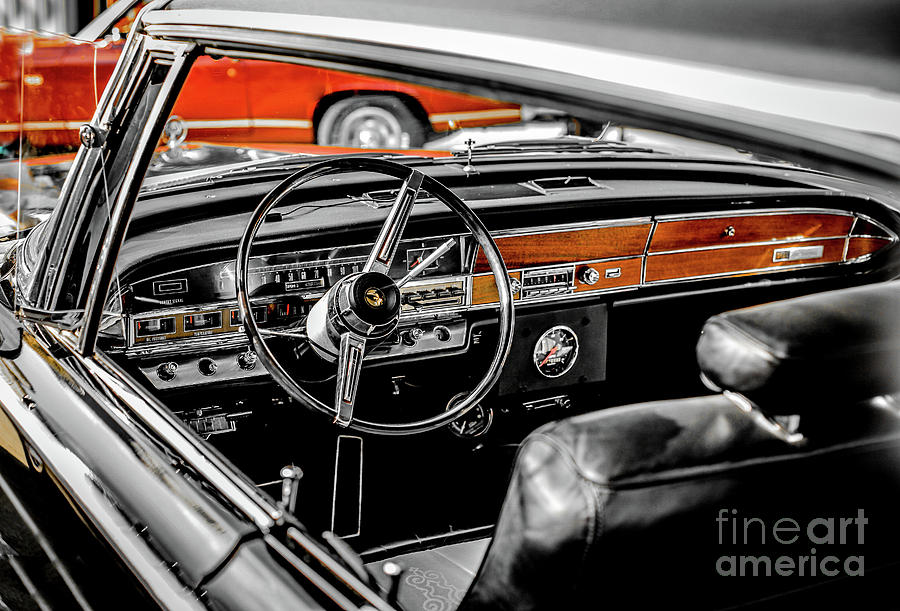 The Dash Of An Imperial

Holy moly what a car! This is a Chrysler Crown Imperial. I wasn't sure of the year but I think about a 1962. I suppose that would have been helpful when I took the photo to get ALL the information!
Here is what Wikipedia says about the Crown Imperial:
Chrysler Corporation advised state licensing bureaus that beginning in 1955, the Imperial was to be registered as a separate make It was an attempt to compete directly with GM's Cadillac and Ford's Lincoln distinct luxury-focused marques. Frequently and erroneously referred to as the "Chrysler Imperial", the cars had no "Chrysler" badging anywhere on them, and were a separate, distinct marque, just as Lincoln and Cadillac were for Ford and GM.

Chrysler's intention was to create an individual line of luxury cars, distinct from Chrysler branded vehicles. This marketing strategy suffered because the cars were rarely (if ever) sold in stand-alone Imperial showrooms. Cadillac and Lincoln did a much better job of separating their luxury marques from the lower priced cars that they sold. Imperial was instead offered at the Chrysler dealer network alongside Chrysler's offerings, and the marque was almost universally known as "Chrysler Imperial" in the public's mind for this reason, despite the fact that all existing dealerships did indeed carry separate "Imperial" dealership signs distinct from Chrysler .


1960 Imperial LeBaron
The Imperial automobiles continued to be retailed through Chrysler dealerships. A distinct marketing channel was not established; thus, the Imperial nameplate failed to separate itself from the other Chrysler models and become a stand-alone marque.

Although there were no Imperials produced between 1976 and 1978, the cars that were previously marketed as an Imperial were rebranded as the Chrysler New Yorker Brougham during this time.

What an awesome capture! Love how you composed this, Chellie...L/F

What a cool POV. This is great, Chellie!

Beautiful presentation of The Dash Of An Imperial Chellie

Great capture Chellie! The car seems to be in mint condition!